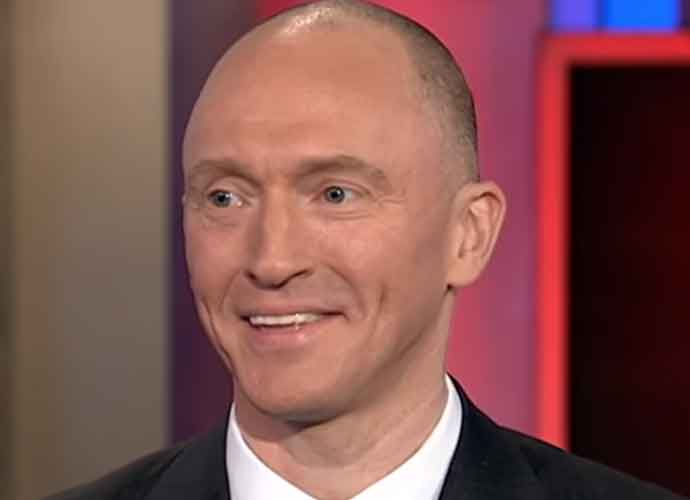 After more than 18 months, Special Counsel Robert Mueller‘s investigation into Russian interference in the 2016 election — and potential collusion between President Donald Trump‘s campaign members and the Kremlin — continues to heat up and more is yet to come.

On Friday, a court filing revealed yet another fact of interest in the inquiry. Trump’s former personal lawyer Michael Cohen spoke to Russian athlete Dmitry Klokov about pushing for a Trump real estate deal In Moscow. Cohen — who is set to be sentenced to roughly four years in prison on Wednesday — is now one of 13 Trump associates who have been discovered to have communicated with Russian individuals and organizations throughout the course of the 2016 election cycle.

The Washington Post noted in a report on Monday that it’s not simply the number of Trump allies who have been revealed to have had contact with Russia that is curious, but also the “timing” of these incidents that merits close attention. The newspaper pointed out that many of these exchanges occurred during the spring and summer of 2016, just as Trump was inching progressively closer to becoming the Republican nominee. 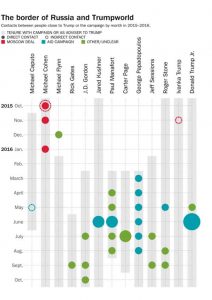 Caputo and Gordon are among the lesser known of these Trump associates, but their actions during the 2016 election are worth noting. A Russian national named Henry Greenberg contacted Caputo’s business partner, offering to trade money for damaging information on Hillary Clinton. Caputo reportedly then handed this dirt to Stone, who in turn met with Greenberg.

Meanwhile, Gordon — who worked with the Trump campaign’s foreign-policy advising team, which included Page and Papadopoulos — met in 2016 with then-Russian Ambassador Sergey Kislyak “at an event related to the Republican convention,” the Post reported. Godon also met with Maria Butina, a 30-year-old Russian woman who last July was charged as an agent working in the U.S. through the National Rifle Association. Butina, a gun-rights advocate, took a pea deal with prosecutors on Monday.