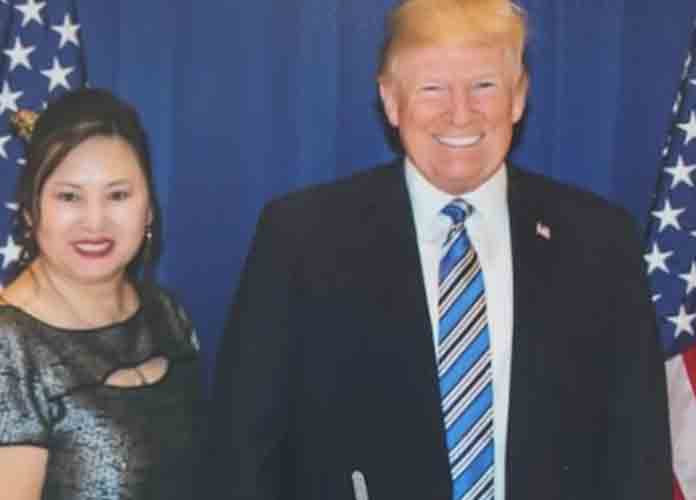 Who Is Li Yang, Ex-Owner Of Florida Spa Tied To Robert Kraft Who Watched Super Bowl With Trump?

The Miami Herald reported that Trump and the 45-year-old woman, Li Yang, watched the NFL Championship game between the Patriots and the Los Angeles Rams just days before Kraft was charged with soliciting prostitution, among other counts.

Yang shared a selfie online of herself with Trump at his West Palm Beach golf club on February 3.

“We love our president,” read the photo’s caption.

Kraft denied the charges against him, which were brought days after his team won its sixth Super Bowl ring since he became the franchise’s owner. The Patriots executive is accused of having solicited sexual acts at the Orchids of Asia Day Spa in South Florida. Although Yang no longer owns the establishment, her family reportedly still has stakes in multiple spas around the state.

It’s officially time to start a thread with all the Madam Li Yang, founder of Orchids Strip Mall Day Spa and now charged felon pics. Let’s start with POTUS, who signed this one. (Tag me if you have one I should add to the album.)

I’m calling this one “Sharpie Matches the Dress!” pic.twitter.com/KT1rfCGPoL

Yang’s Facebook profile reveals the Chinese-born woman attended a Lunar New Year party at the White House, among other events organized by the Trump Administration’s Asian-American and Pacific Islander Initiative.

It would be a shame if someone tagged @JudgeJeanine in this photo and kept retweeting it. #Liyang pic.twitter.com/Upm5SpovgJ

Sarah Palin can see Russia from her porch and a human trafficker from this picture with Li Yang. pic.twitter.com/7vdaqntdFs