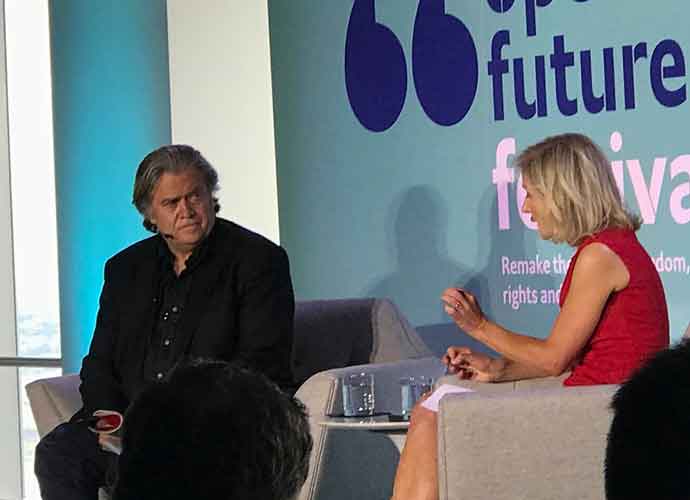 Steve Bannon, the former White House chief strategist, revealed Saturday that his first choice to run on his America First platform in 2016 was former Alaska Gov. Sarah Palin. “In 2016, I did try to talk Sarah Palin into running,” Bannon told The Economist’s Editor in Chief Zanny Minton Beddoes at the magazine’s Open Future Festival. “I talked to people like Jeff Sessions, Lou Dobbs and Sarah Palin. After the audience erupted into laughter at the mention of Palin’s name, Bannon quipped, “Is this a sexist crowd?”

Bannon quickly noted that Trump filled the role of carrying his nationalist message. “When Trump came along, he articulated this perfectly,” he said. “When he came along, he was the perfect candidate.”

The New Yorker Festival made headlines earlier this month when they uninvited Bannon from speaking at the event when several other speakers threatened to drop out. The Economist promised to give Bannon “vigorous questioning” while refusing to withdraw its invitation.

About 10 protestors appeared outside the event. Minton Beddoes delivered on the promise of “vigorous questioning” with a combative interview that challenged Bannon’s views on a host of issues.