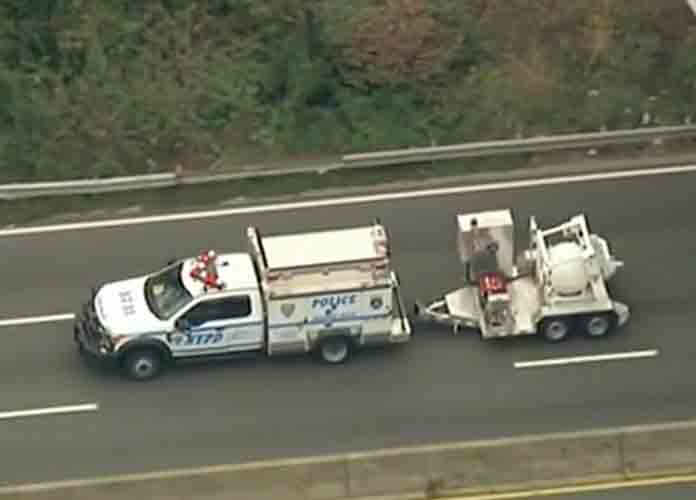 Federal authorities in New York on Friday morning arrested a suspect believed to be tied to the suspicious packages allegedly containing explosives.

The moves comes after several prominent Democrats and other critics of President Donald Trump — including Barack Obama, Bill and Hillary Clinton, Joe Biden, George Soros and former Attorney General Eric Holder all received suspicious packages this week that contained a white sulfur powder and other bomb-related materials. In total, more 12 such packages have been delivered. The offices of CNN were evacuated on Wednesday after the news network also received a similar package.

On Thursday, it was revealed that many of the packages were delivered via a U.S. post office in Florida. The Department of Justice confirmed on Friday that a man in the state had been arrested in connection with the terrorist acts.

“We don’t know who he is, we don’t really know anything about him,” says @ShimonPro about an arrest made in connection to the suspected explosive packages: “I suspect there’s going to be forensic evidence ultimately to link this person”

One of the most recent targets of the attempted attacks was Democratic Sen. Cory Booker of New Jersey. Booker reportedly received a package addressed to his office in Camden, although according to CNN, it was intercepted in Florida. A shipment addressed to former National Intelligence Director James Clapper was also found Friday morning at a New York City post office. The recipient address was that of Time Warner and CNN’s offices in Columbus Circle in New York, while the sender’s label showed the package had been delivered from congresswoman and former Democratic National Committee Chairwoman Debbie Wasserman Schultz‘s office in Sunrise, Florida.

Here are the people who have been sent suspicious packages:

Clapper told CNN Friday morning of the series of deliveries: “This is definitely domestic terrorism. No question about it in my mind.”

Many of the packages were reportedly sent to a secure facility in the Bronx borough of New York City.

Attorney General Jeff Sessions said on Friday, “We will find the person or persons responsible. We will bring them to justice.”