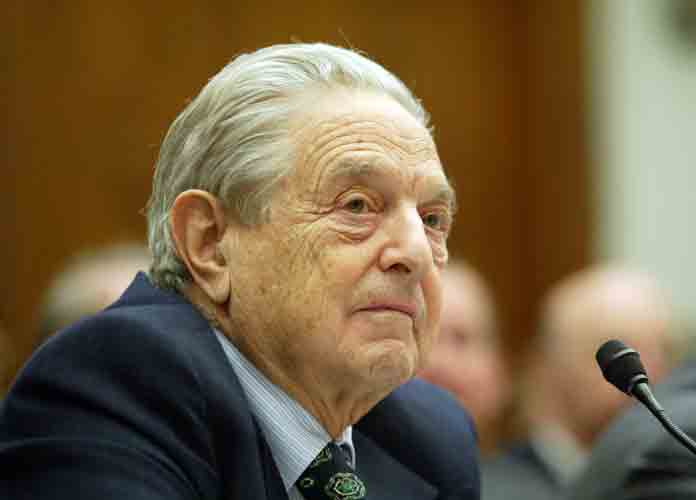 A small explosive device was found in a mailbox at the home of billionaire philanthropist George Soros in Westchester County, New York, on Monday evening.

According to the New York Times, the device was “proactively detonated” by bomb squad technicians. Hungarian-born Soros, 88, was not at his home in Bedford at the time the device was found. Although the perpetrator’s motive is still unclear, Soros is a liberal who is known for being a target for right-wing organizations.

The FBI’s New York office tweeted they are investigating the matter involving Soros, although they said they are as of now currently unaware of any “threat to public safety.”

We are conducting an investigation at and around a residence in Bedford, NY. There is no threat to public safety, and we have no further comment at this time.

Some people, like MSNBC legal analyst Maya Wiley, pointed out Soros’ long history of donating to charitable causes around the world, while others decried the lack of sufficient outrage over the news of the explosive device compared to threats made to conservative figures:

#GeorgeSoros is a Jewish businessman who survived the holocaust, gives 80% of his wealth to his foundations around the world – places like Haiti, South Africa, former Soviet countries – to create open, democratic societies. https://t.co/lQmQd3JsXX

Why was Sarah Sanders being refused service at a restaurant treated as a bigger civility scandal than a literal bomb in George Soros’ mailbox or a GOP-affiliated white supremacist gang assaulting people in New York?

The federal Bureau of Alcohol, Tobacco and Firearms is also reportedly handling the investigation into the explosive device.

Soros has donated to several Democratic political candidates like Barack Obama and Hillary Clinton throughout his life, and he has also reportedly given $18 billion to his Open Society Foundations to support democracy and human rights across the globe.

The Jewish billionaire has been slammed with anti-Semitic comments and accused by prominent conservatives of being behind multiple left-wing protests and movements, including the liberal counter-protesters in Charlottesville, Virginia, last year, the protests against Supreme Court Justice Brett Kavanaugh last month. There has been no evidence for any of these accusations.