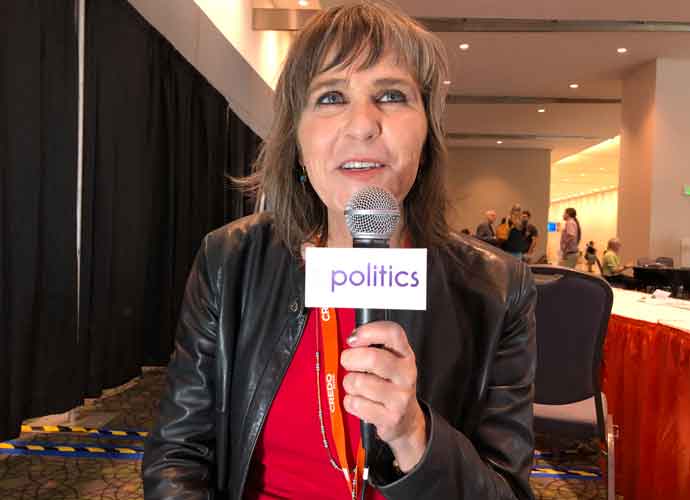 There is no doubt that far-right extremist groups have become more prominent today since President Donald Trump took office in 2017.

Right Wing Watch, a project of People For the American Way, is dedicated to tracking and exposing these types of radical groups in order to combat them. Their main source of support is donations from readers.

Adele Stan, an author and research director for Right Wing Watch, spoke to uPolitics exclusively at the 2019 Netroots Nation convention for progressives in Philadelphia last month about the recent rise in domestic extremist organizations. A lot of Right Wing Watch’s material comes from compilations of YouTube videos about far-right hate groups.

“It’s raw research that’s available to journalists and to other researchers and also to a progressive audience that may not know what the QAnon conspiracy theory is or that a guy who was part of the cybersecurity summit at the White House is a QAnon conspiracy theorist,” said Stan, referencing the famous theory that several prominent Democratic politicians and Hollywood celebrities are pedophiles part of a “deep state” bent on destroying Trump and his supporters.

“It defies credulity but it has a pretty big following on the right,” Stan added of the QAnon theory. “It creates the environment whereby people no longer believe anything that comes through traditional or mainstream sources. It invites them to this fantasy that people that they have decided are their enemies are this really evil thing and there is a hero in the offing that is going to fix it for them.”

Stan also noted her concern for the fact that many right-wing extremist groups in the United States have recently been lending their support to similar organizations in Europe who want to break up the European Union, among other goals. She cited former White House strategist Steve Bannon as a major figure who has had influence in European circles.

“Our democracy of the United States of America is in great peril,” said Stan. “We are already in a constitutional crisis, and yet we are not behaving as if we are.”

“There seems to be a state of disbelief or paralysis or despair that the nation at large is not grasping the danger that we are in of losing our democracy,” she added.

Stan added she believes Trump came “close” to winning his case against the Supreme Court to add a citizenship question to the 2020 Census.