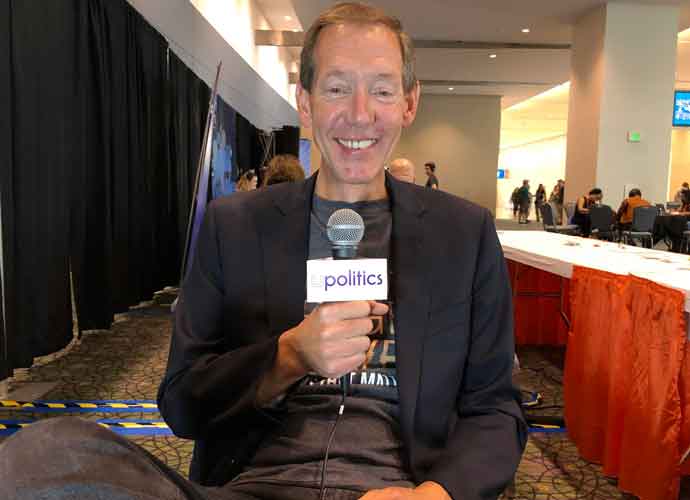 Carl Cameron, the co-founder of the new progressive news aggregator Front Page Live and its chief political correspondent, spoke to uPolitics exclusively at the 2019 Netroots Nation convention in Philadelphia earlier this month about his new venture and his former employer, Fox News. Cameron left Fox in 2017 after 22 years, and recently blasted the right-wing network for what he viewed as its increasing dissemination of “partisan misinformation.”

“Front Page Live is meant to give people an opportunity to trust what they’re reading and what they’re seeing,” said Cameron. “It’s a progressive, liberal orientation but that does not mean there is not information here that will value every single voter, everybody who cares about what’s going on in America and finds it a little bit distressing that we are more divided than we have been in recent memory.”

Cameron, who started his journalism career in television in New Hampshire in 1988, went on to become Fox News’s Chief White House Correspondent. He now believes that the U.S. government has been in “shutdown mode” for years because all three major branches of government have also grown increasingly at odds with each other. He observed that President Donald Trump “does not really know how the wheels of government can be turned unless he’s breaking the axels.”

Cameron’s new venture, Front Page Live, will try to restore some of the lost balance. “We are putting out aggregated, known trending viral stories that come from legitimate, fact-based verifying journalistic operations and organizations,” he added.

Cameron noted that the line between fact and opinion has become increasingly blurred in today’s media landscape. He thinks the left has been at a greater disadvantage, partly because there is less content generated overall by the former compared to the latter.

“Across the board, the right has been far more aggressive at the business of pushing a message,” said Cameron.

Cameron described the early days at Fox News during the mid-late 1990s when Rupert Murdoch hired then-CBS News President Joe Peyronnin, who in turn hired Emily Rooney, the daughter of late 60 Minutes host Andy Rooney. Cameron said he and current Fox News hosts Shepard Smith and Eric Shawn were all hired around the same time. Fox News officially launched in the fall of 1996, around the time Bill Clinton won re-election.

Cameron explained how Fox News’ motto was appealing to him at first.

“Initially, ‘Fair and balanced’ and ‘we report, you decide’ was very seriously put on the screen at Fox News Channel,” he said.

As for the current state of Fox News, Cameron noted that he’s dismayed with the network’s continued heavy propagation of opinion rather than traditional news. He said the prime-time hosts are often using “falsehoods, misinformation and inaccurate information” to push their right-wing agendas.

“The news division still has legitimate journalists there who try to tell a story straight, but there’s a huge imbalance,” said Cameron. “There is far more opinion and talk than there are facts and news.”