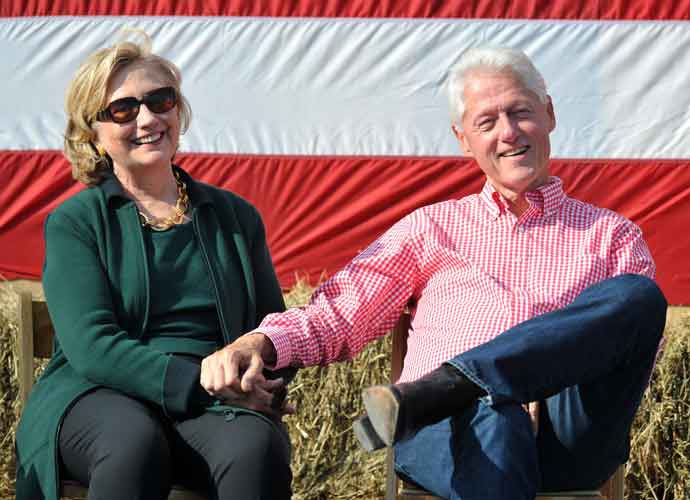 President Bill Clinton released a statement on Monday denying any knowledge or involvement in the “terrible crimes” of Jeffrey Epstein, a billionaire and old friend of Clinton who is being charged with child sex trafficking.

Clinton’s statement said that he had only taken four trips with Epstein over the course of 2002 and 2003. One trip to Europe, one to Asia, and two to Africa. All trips were in connection with the Clinton Foundation, the charity organization set up by the former president, and two of them were accompanied by foundation employees and Secret Service members.

The statement described how he and Epstein had first met at the billionaire’s Harlem office and that the two had gone to Epstein’s apartment afterward, accompanied by a staff member and a security detail. Clinton’s statement attempted to distance him from the accused child molester, claiming that the two had not spoken in over a decade and that the former president had never visited Epstein’s residences in “Little St. James Island, Epstein’s ranch in New Mexico or his residence in Florida.”

Parts of Clinton’s statement have been contradicted by the flight manifests that Gawker obtained from Epstein’s jets in 2015. Those records show that the former president took 26 trips on the billionaire’s plane between 2001 and 2003. Gawker’s report also shows Clinton sharing “more than a dozen flights with a woman who federal prosecutors believe procured underage girls to sexually service Epstein and his friends and acted as a ‘potential co-conspirator’ in his crimes.”

While conservatives have been quick to bring up Clinton’s ties to Epstein, there is no evidence connecting the former president to any of the crimes committed by the billionaire. Another of Epstein’s acquaintances, President Donald Trump, has been connected both to Epstein and to his crimes. During the president’s campaign in 2016, a woman came forward accusing him of raping her at one of Epstein’s parties when she was 13 years old. The woman soon dropped the suit out of fear, said her attorney.