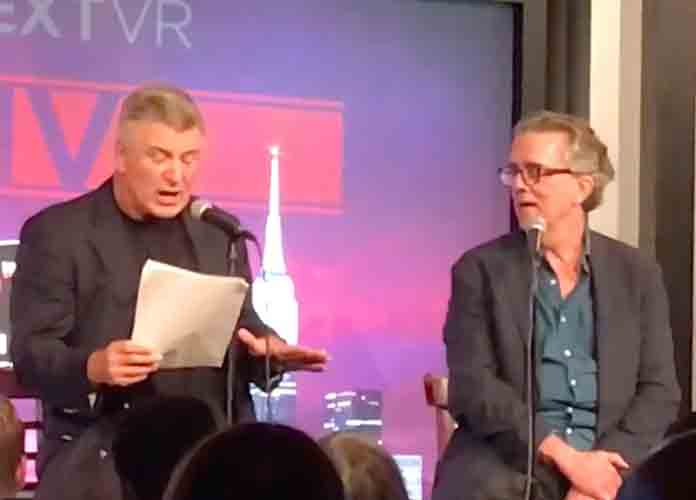 Alec Baldwin does impression of Trump at Gotham Comedy Club

Alec Baldwin has been adored over the last two years for his outrageous impression of President Donald Trump on Saturday Night Live, and the actor recently brought back that imitation.

At a fundraising for the The People PAC last week, 60-year-old Baldwin mimicked the president’s voice to read an excerpt from his parody book You Can’t Spell America Without Me: The Really Tremendous Inside Story of My Fantastic First Year As President, which he co-wrote with Kurt Andersen and that was released in November 2017.

In this particular instance, Baldwin read a passage from the book in which he described the scent of former chief White House strategist Steve Bannon.

“When I first met Steve Bannon in 2011, I thought, ‘Come on: the khaki slacks, the two shirts at once, the little red tie, the big gut, the spotty face but then I got a whiff of Steve, of this certain aroma that winners have,” Baldwin joked.

“It’s hard to describe, other people can’t smell it but it’s kind of peppermint, plus leather, plus electrical fire or ‘butane’,” he added as the room goes wild with laughter.

Baldwin goes on as Trump to say “smelling winners” is one of his “superpowers,” which he said many people like Evangelical Christians actually believe in.

“Speaking of superpowers, I sometimes feel like Steve has the power to read my mind, the way my mom knew when my dad wanted to smack me, or how Aquaman could talk to all the sea creatures underwater,” he said.

Baldwin won an Emmy for his portrayal of Trump on SNL in 2017, and was nominated again this year for Outstanding Supporting Actor in a Comedy Series.