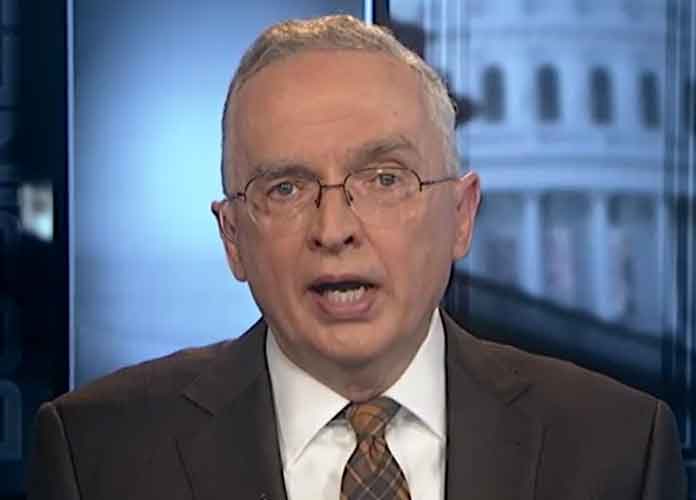 Ralph Peters, a longtime strategic analyst at Fox News, announced on Tuesday that he is leaving the network, and expressed his disappointment with the conservative network in a statement.

The 65-year-old former lieutenant colonel in the United States Army — who appeared regularly on Fox News and the Fox Business Network — explained in a searing note that he could not, “in good conscience,” stay with an organization that he believes is hurting American democracy.

“In my view, Fox has degenerated from providing a legitimate and much-needed outlet for conservative voices to a mere propaganda machine for a destructive and ethically ruinous administration,” Colonel Peters, who signed an exclusive contract with Fox in 2008, wrote in his message.

“Over my decade with Fox, I long was proud of the association,” he added. “Now I am ashamed.”

Peters went on to specifically name the people and institutions he believes Fox News’ top anchors has excessively attacked, though he did not name specific hosts from the network.

He said they “dismiss facts and empirical reality to launch profoundly dishonest assaults on the F.B.I., the Justice Department, the courts, the intelligence community (in which I served) and, not least, a model public servant and genuine war hero such as Robert Mueller.”

“I cannot be part of the same organization, even at a remove,” he wrote.

Fox News responded on Tuesday by stating it was “extremely proud of our top-rated prime-time hosts and all of our opinion programming.”

“Ralph Peters is entitled to his opinion despite the fact that he’s choosing to use it as a weapon in order to gain attention,” the network said in a statement.

Peters spent more than two decades in the Army, and eventually specialized in Russian intelligence.

The mostly hawkish Peters supported the invasion of Iraq in 2003, and was also strongly in favor of confronting Russian president Vladimir Putin. Peters also recently made headlines when he called for an assault weapons ban following the shooting at a high school in Parkland, Florida.

Peters was also a fervent critic of President Barack Obama, whose foreign policy strategies he often called weak, and was briefly suspended by Fox in 2015 after he vulgarly insulted the former president during an appearance on Fox Business.

Several of Fox News’s commentary shows, like Hannity and Fox & Friends, have vehemently defended Donald Trump and his administration and, as Peters said, criticized special counsel Mueller for his investigation into Russian meddling in the 2016 election.

Fox News is still the most-viewed cable news network even though they have witnessed a string of changes recently with regards to their prime-time hosts. Last year, pundits Laura Ingraham and Tucker Carlson substituted Megyn Kelly, who went to NBC News, and also Bill O’Reilly, who was ousted following several allegations of sexual harassment.

Peters also described his great respect for colleagues at the Fox Business Network and reporters at Fox News, whom he called “talented professionals in a poisoned environment.”

Peters is also an author of historical fiction who pens a regular column in the New York Post.