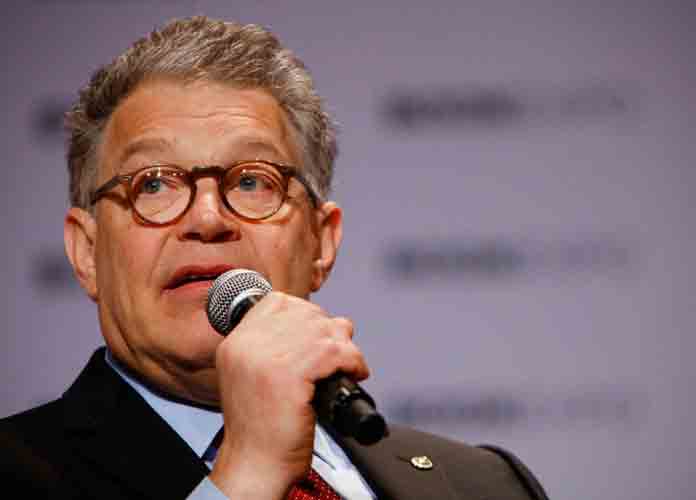 President Donald Trump went after former Democratic Sen. Al Franken at a rally in the disgraced lawmaker’s state of Minnesota on Thursday.

Trump mocked Franken for how he reacted to six women — three of then unnamed — accusing him of sexual harassment ranging from kissing to groping without consent.

“That guy, he was wacky,” the president said of Franken. “Boy, did he fold up like a wet rag, huh? He was gone so fast.”

Trump’s supporters cheered at his words. He also seized the opportunity to blast the woman who replaced Franken after he resigned in December 2017: Sen. Tina Smith, who is up for re-election next month.

“Nobody knows who the hell she is,” Trump said of Smith.

Trump also criticized other Democrats at Thursday’s rally. The president went after former Minnesota Rep. Keith Ellison — another man who has been accused of abuse from a woman — although Trump slammed Ellison for a different reason: his views on immigration and health care.

“Ellison is the number two official in the entire Democrat Party and he recently marched in a parade wearing a shirt that said I do not believe in borders,” Trump said. “By the way, you don’t have borders, you don’t have a country. Keith Ellison’s Democrat party embraces radical socialist and open borders.”

Ellison, who is Muslim, is the deputy chairman of the Democratic National Committee and is running for Minnesota Attorney General this year. However, his campaign has been marred by allegations that he physically abused his ex-girlfriend, Karen Monahan. Ellison said this week he is considering leaving the DNC.

One person who recently argued in favor of letting Franken re-enter the political arena was controversial comedian Bill Maher. The host of HBO’s Real Time said on his show last month:

“It’s time to get @AlFranken off the bench so he can come back to doing what he does better than any other Democrat: taking down right wing blowhards.”

Maher noted that Trump seems to be most sensitive to being mocked with jokes, and thus said Franken — a former Saturday Night Live alum — would be the perfect candidate to help the Democratic Party beat Trump in 2020.

“To fight him, we need a comedian … I, Bill Maher, think it would be a great idea if Al Franken got back in the game,” said Maher.

“We could have ‘Me Too’ and Al Franken. They’re not mutually exclusive,” he added.

“It’s time to get @AlFranken off the bench so he can come back to doing what he does better than any other Democrat: taking down right wing blowhards.” – @BillMaher #RealTime pic.twitter.com/q1BpkmXK8J