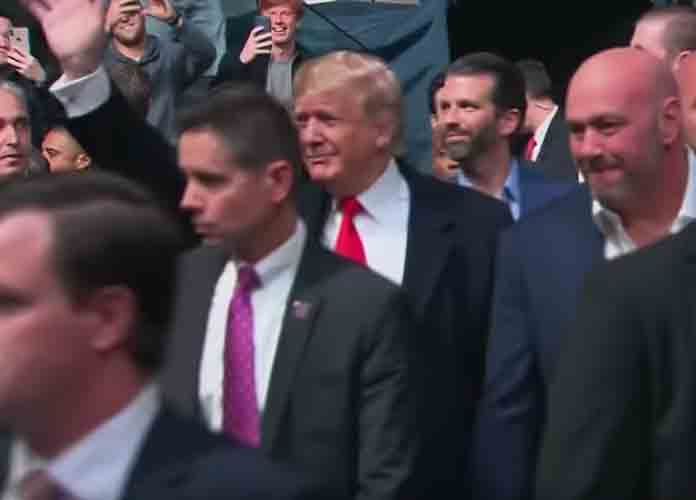 President Donald Trump was treated to loud boos on Saturday upon entering Madison Square Garden in New York ahead of a mixed martial arts fight.

Trump — who also received some cheers — was at the venue to watch the main card of UFC 244, which saw Jorge Masvidal beat Nate Diaz in three rounds.

President Trump getting massively booed as he entered the Garden for #UFC244 pic.twitter.com/ZwmSxlQ4uL

The boos mark the second time in a week that Trump receives a cold welcome at a public sporting event. On Oct. 27, fans at Nationals Park booed the president during Game five of the World Series and chanted “lock him up!”

In a tweet, Trump compared the vibe at MSG to one of his rallies, saying there was “great energy” at the UFC event before announcing he would be traveling to Washington and Kentucky.

….Matt has been a GREAT Governor. Kentucky (I Love You!), please be sure to vote for Matt Bevin on TUESDAY. Matt will never let you down, and we have to send a strong signal to Nancy Pelosi and the Radical Left Democrats. See you on Monday night, VOTE TUESDAY!!!

Trump also congratulated Masvidal on his victory, while the UFC star called the president a “bad motherf—er” before mentioning “the money that he’s made” and “the obstacles that he’s conquered.”