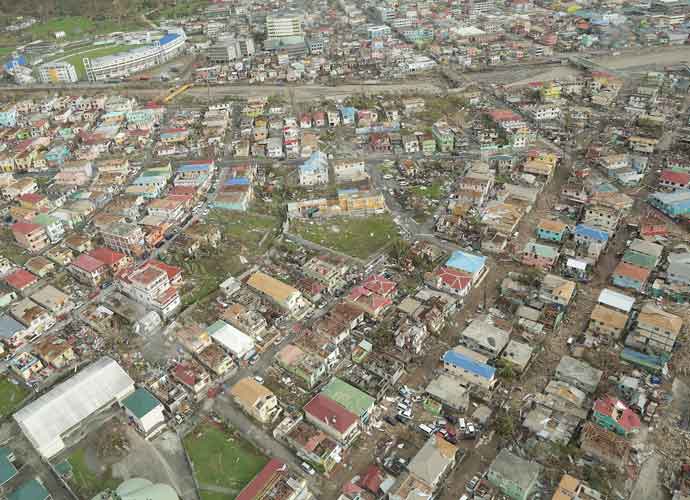 Aftermath of Hurricane Maria: Aerial view of part of Roseau, the capital city of Dominica

Death Toll Of Hurricane Maria In Puerto Rico Revised To 2,975 People From 64, Lawmakers Call For Investigation

On Tuesday, authorities revised the death toll from Hurricane Maria in Puerto Rico from 64 to 2,975, which makes the storm the second-deadliest one in more than a century.

Hurricane Maria, a Category 5 storm, ravaged the U.S. territory in September 2017 and left millions without electricity, shelter and other basic necessities. The only U.S. hurricane to count a higher death toll is the Great Galveston Hurricane of 1900. The storm hit Galveston, Texas in September 1900 and killed at least 8,000 people.

In addition to the hundreds of homes and buildings that have been destroyed due to Hurricane Maria, Puerto Rico has been suffering from a severe mental health crisis as a result of the storm, with the number of suicides on the territory increasing.

President Donald Trump and his administration were criticized by many media outlets for not responding swiftly and effectively enough to the disaster. Trump even said in a series of tweets that the territory was in huge debt to the U.S. and accused local authorities of wanting “everything to be done for them.” The president even threatened to pull FEMA assistance for Puerto Rico.

“Sometimes, people don’t want to handle the truth,” San Juan Mayor Carmen Yulin Cruz said in an interview with CNN when asked about how Puerto Rican authorities got the death toll numbers about Hurricane Maria wrong. “When we were walking around San Juan, we could see the devastation and we knew that there people depending on life support systems, on insulin and chemotherapy because they had no power and were unable to receive that.”

“Today is a very sad day and a very shameful day,” she added, before blaming the Trump administration for “neglecting” the people of Puerto Rico.

Democratic lawmakers, including several Hispanic Caucus members, have since pushed for an investigation into the Trump administration’s response to the storm.