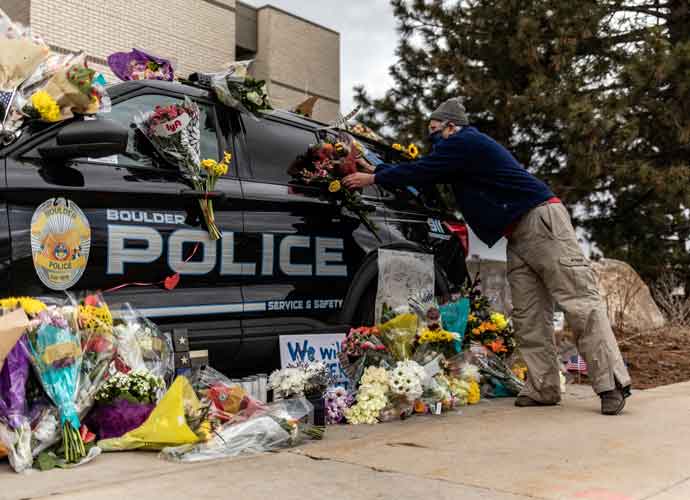 “I don’t need to wait another minute, let alone an hour, to take common sense steps that will save lives in the future,” said President Joe Biden on Tuesday, referring to the need to push for gun control in the wake of the Colorado mass shooting.

Universal background checks and an assault weapons ban are two measures from the House-passed gun reform bills that Biden urged the Senate to pass.

“This is not – it should not be – a partisan issue,” Biden said. “This is an American issue. It will save lives, American lives. We have to act.”

Biden also noted during his speech that the White House flag was flying at half-staff – to honor the victims of the shooting spree in Atlanta – when he ordered it to be lowered again after the Colorado incident.

Though gun control seems to be at the forefront of Biden’s mind currently, the new President is also juggling a number of other legislative priorities including promoting his $1.9 trillion stimulus measure and preparing a $3 trillion infrastructure package.

During a visit to Ohio State University, Biden was asked whether he believed he would be able to move gun control measures through Congress. His response was simple: “I hope so. I don’t know. I haven’t done any counting yet.”

Biden has been advocating for gun control long before he was sworn into office. He pushed for a 10-year ban on assault weapons in 1994 and lobbied for universal background checks in the wake of the Sandy Hook massacre, which later failed in the Senate.

Biden has worked to generate new proposals to end gun violence in America, meeting with gun control activists and discussing potential executive actions. Possible actions could include calling for required background checks on “ghost guns” and alerting law enforcement agencies when someone fails a background check.

Now the only question that remains is how Biden will make use of his political capital in order to create change.

Cedric Richmond, director of the White House Office of Public Engagement, commented on the need for Biden to act. “The regular sentiment of hearts and prayers are not enough,” he said. “We need action on this in the country. This President has a track record of fighting against the NRA and beating them, and we need to make sure that we have sensible gun regulations in this country to ensure safety. And so we need action, not just words and prayers.”

While Biden’s record is undeniable, he has yet to take action on issues such as repealing liability protection for gun manufacturers and closing background check loopholes – both action items he announced he would prioritize on his first day in office.

White House press secretary Jen Psaki commented, “It remains a commitment, a personal commitment of the President’s, to do more on gun safety, to put more measures in place, to use the power of the presidency, to work with Congress. And certainly there’s an important role for the attorney general and the Justice Department to play in this regard.”

On Tuesday, the Senate Judiciary Committee convened to debate the future of gun control bills. The hearing highlighted a major divide between Republicans and Democrats. Democrats urged the Senate to consider more stringent gun control measures, and Republicans responded by saying that the proposed legislation would not have prevented gun violence.