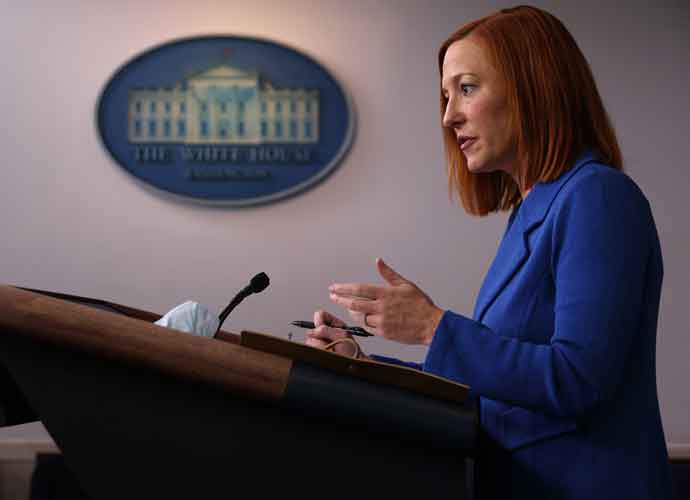 Bloomberg reporter Josh Wingrove asked White House Press Secretary Jen Psaki during a press briefing on Tuesday if President Joe Biden has any plans for the future of the United States Space Force. The Trump-era Space Force is expected to become a much-lower priority as the Biden Administration focuses on COVID-19 relief.

“Wow. Space Force,” said Psaki. “It’s the plane of today. It is an interesting question. I’m happy to check with our Space Force point of contact. I’m not sure who that is. I’ll find out and see if we have any update on that.”

Psaki, hinting at the lowered priority of the Trump project, actually enraged several Florida lawmakers. Florida is the main United States continental location for space launches. The first comment came from Rep. Michael Waltz (R-Florida), whose district includes often-used launch pads. “While the Biden Administration continues to think about whether or not the CCP is a threat, China is working overtime to become the dominant force in space. We need the professionals, the United States Space Force, to keep Americans safe.”

While the Biden Administration continues to think about whether or not the #CCP is a threat, China is working overtime to become the dominant force in space.

We need the professionals, @SpaceForceDoD, to keep American’s safe. https://t.co/K3S5dqWujg

Waltz’s comments were seconded by Rep. Kat Cammack (R-Florida). “Press Secretary Jen Psaki brushed aside the United States Space Force when asked a legitimate question about the future of the agency,” said Cammack. “The hardworking men and women of the Space Force aren’t a joke. She may want to ‘circle back’ with an apology.”

A third Florida congressperson, Rep. Byron Donalds (R-Florida) also asked for Psaki to apologize in a tweet. “The United States Space Force is a branch of the U.S. Armed Forces, not the butt of a joke,” he said. “Press Secretary Jen Psaki, your ‘joke’ is inappropriate, and you should circle back immediately with the more than 16,000 members of the Space Force with an apology from the White House lectern.”