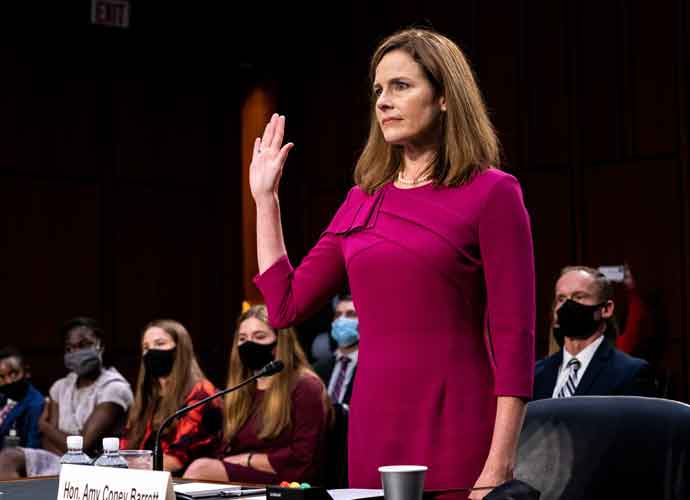 Judge Amy Coney Barrett, nominated by President Donald Trump for the U.S. Supreme Court, is currently going through her Senate confirmation hearings. On many of the topics she has been questioned about, she has refused to offer an opinion.

When Sen. Dianne Feinstein (D-California) asked, “Does the Constitution give the President of the United States the authority to unilaterally delay a general election under any circumstances?” Barrett gave an answer that concerned many.

“Well, Senator, if that question ever came before me, I would need to hear arguments from the litigants and read briefs and consult with my law clerks and talk to my colleagues and go through the opinion-writing process,” Barrett said.

This contradicts what multiple sections of the Constitution on the subject.

Article II, Section 1 states: “The Congress may determine the Time of choosing the Electors, and the Day on which they shall give their Votes; which Day shall be the same throughout the United States.” This article gives the power to select the date of any election to Congress, not the president.

Title 3, Section 1, Chapter 1 of the U.S. Code says, “The electors of President and Vice President shall be appointed, in each State, on the Tuesday next after the first Monday in November, in every fourth year succeeding every election of a President and Vice President.” This section explains that the date of a presidential election is only to happen on the second Tuesday of November, unless Congress authorizes a change of date.

The clear wording in the Constitution regarding election dates, and who can select them, should have been enough information for Barrett to provide the answer.

Regarding voter intimidation, Sen. Amy Klobuchar (D-Minnesota) asked Barrett, “Under federal law, is it illegal to intimidate voters at the poll?”

The U.S. Code (Title 18, Chapter 29, Section 594) states that for “whoever intimidates, threatens, coerces, or attempts to intimidate, threaten, or coerce, any other person for the purpose of interfering with the right of such other person to vote,” they will pay a fine, be imprisoned, or be punished with both.

“I can’t apply the law to a hypothetical set of facts,” Barrett stated. The “hypothetical” situation presented is not necessarily a hypothetical – Trump has made multiple statements that he will try to postpone the election, push for a recount of votes if he dose not win and refuse a peaceful transition out of office if Joe Biden is elected.