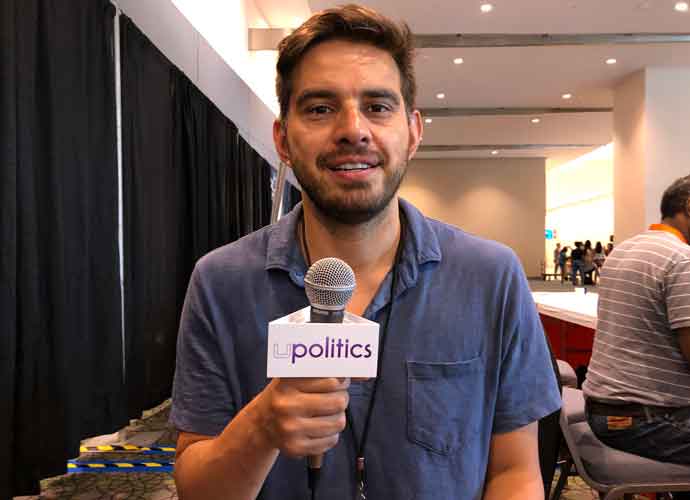 President Donald Trump‘s immigration policies have become increasingly hard-line since he took office, but luckily there are several progressive organizations striving to combat them.

One such group is Indivisible, an organization founded after the 2016 election that supports civic education, engages in canvassing, and helps promote voter registration and support for progressive political candidates across the country.

Angel Padilla, a policy director for Indivisible, spoke to uPolitics exclusively at the Netroots Nation convention in Philadelphia earlier this month about his organization’s plan for fighting Trump’s immigration policies and more.

“Indivisible is part of the Defund Hate coalition, it’s a broad coalition working on cutting [Department of Homeland Security] funding because one of the few things we can make an impact on this year is on the funding fight that is a must-pass bill in Congress,” said Padilla. “So that’s opportunity for us as advocates to push for members of Congress to actually do something about immigration.”

Padilla went on to decry the White House’s repeated instructions for Customs and Border Protection to mistreat and separate immigrant families at the border, and called for more Democratic lawmakers to stand up to these inhumane practices. There has even been two recent reported cases of CBP detaining two young Hispanic American citizens who had documented proof of citizenship with them at the time of their apprehension.

On Tuesday, the Justice Department revealed that more than 900 immigrant children have been separated from their parents since the Trump administration officially ended late last year its policy of splitting families at the border.

Padilla also explained how Indivisible applies pressure on Congress by specifically contacting leaders of appropriations committees to secure the funding needed for agencies that will help immigrant families. He also said the group has recently worked with other progressive advocacy groups and political action committees like MoveOn and United We Dream for campaigns like “Close the Camps,” which seeks to shut down the many detention facilities where dozens of young immigrant children are being held in very poor living conditions that exclude basic necessities like soap, toothpaste and beds.

Padilla also stressed that Indivisible is nonpartisan and has called on both Democrats and Republicans to take action against injustice policies that affect immigrants, both illegal and legal.

“The difference is that now, [Democrats] have the House, so we have a lever of power,” said Padilla in comparing the leadership change on Capitol Hill after the 2016 election. “Last time, it was all defensive, and so a lot of time our work was targeting Republicans because they are the ones who controlled the agenda.”

“If we really want to make a difference, we need to make sure that Democrats are living up to their values,” he added.

Padilla said Indivisible is prioritizing an HR-1 legislation that comprises a sweeping set of pro-democracy reforms.

“When we have to win by nine points to take the House, that’s a fundamental problem with our democracy,” he said.

Padilla said Indivisible has faced many setbacks, most notably the fact that 84 senators — including many Democrats from heavily liberal stats like Sen. Dianne Feinstein (D-California) — voted earlier this year to allot “billions of dollars” to Trump’s effort to build a wall on the southern border to curb illegal immigration.

“It hasn’t gone as well as we were hoping,” he said.