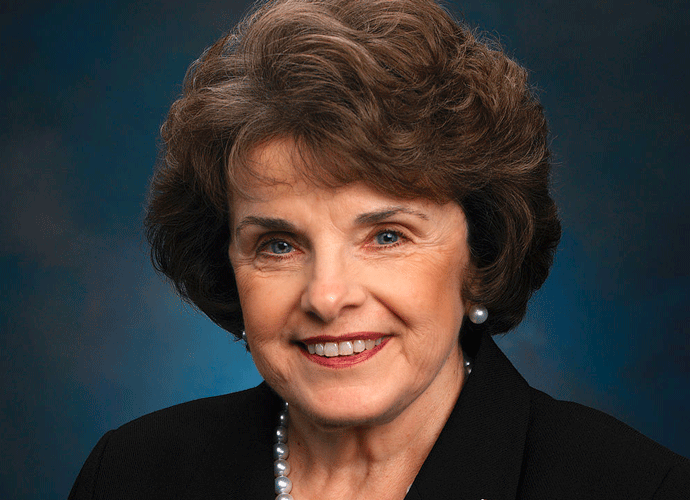 Donald Trump‘s signature chant during his 2016 presidential campaign — “Lock her up!” — served as his rallying cry against Hillary Clinton, his rival at the time. Nevertheless, Trump and his audience have been repurposing the slogan, leveling it at Dr. Christine Blasey Ford one week ago and at California Sen. Dianne Feinstein yesterday evening.

“LOCK HER UP!” CHANT AGAINST DIANNE FEINSTEIN

Trump attended a rally in Council Bluffs, Iowa, yesterday with the intent of supporting his fellow Republicans before the midterm elections. When Feinstein, a Democrat and member of the Senate Judiciary Committee, came up, Trump claimed she leaked a letter written by Ford that contested Brett Kavanaugh sexually assaulted her at a party when they were in high school.

Feinstein has refuted the notion that her department was the leak’s source. Trump’s audience began the chant as Trump asked them if they believed her. “Did she leak that? 100 percent,” Trump contested before adding, “I don’t want to get sued, so 99 percent.”

In response, Feinstein called Trump’s assertions “ridiculous and an embarrassment” in a statement. Ford initially came out with her allegations against Kavanaugh anonymously, publicly confirming her identity later after the media tried contacting her. Feinstein insists she strived to honor Ford’s wish for privacy, saying, “Dr. Blasey Ford knows I kept her confidence, she and her lawyers said so repeatedly. Republican senators admit it. Even the reporter who broke the story said it wasn’t me or my staff.”

During his rally, Trump also boasted of his recent achievements, particularly his second successful nomination to the Supreme Court. “This is truly a historic week for America,” Trump exclaimed as he went on to praise Republican senators for fighting back against “the Democrats’ shameful campaign of political and personal destruction,” adding, “They wanted to destroy that man. What the Democrats did to Brett and his family is a national embarrassment, a national disgrace.”