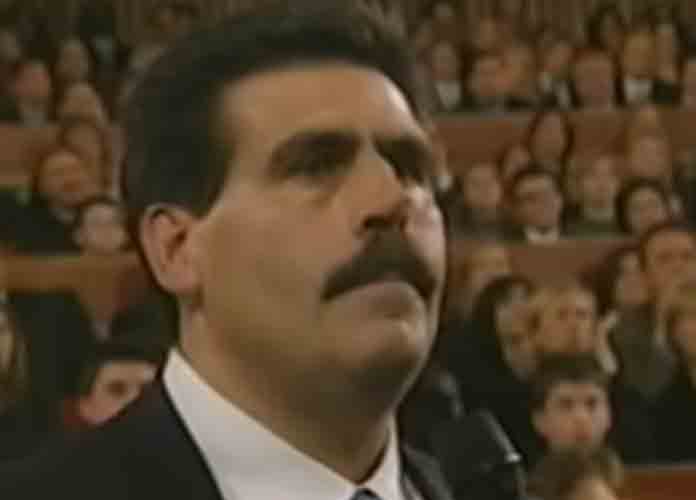 Calamari is an executive vice president of the Trump Organization who also reportedly served as Trump’s bodyguard and occasional chauffeur.

“I love the guy,” Calamari told Bloomberg News of Trump in 2015. “My thing is, I’ve always promised I would, knock on wood, never let anything happen to him.”

FYI This is Matthew Calamari: pic.twitter.com/97Nkq6f2X3

“You’d do anything for me, wouldn’t you, Matty?” Trump asked

Moments later, Trump upped the ante: “Would you kill for me, Matty?”

According to The Washington Post, Calamari previously worked as a security guard at the U.S. Open tennis tournament in New York, and Trump first noticed him in 1981.

Trump also praised Calamari in his 2004 book Trump: How to Get Rich.

“After getting to know Matthew, I realized he had a lot more to offer than his job title warranted, and he has proven me right,” Trump wrote of Calamari, noting he was in charge of security at the Trump Organization. “He’s a dedicated and trustworthy worker, and any CEO in his right mind would want to have him around.”

Calamari also made an appearance on Season 2 of The Apprentice, which Trump hosted from 2008 to 2015.

Cohen revealed during his House testimony that Calamari was among the people who knew that Trump had at least once provided inflated assets inflated assets to an insurance company. Trump’s former personal lawyer was responding to one of several questions from 29-year-old freshman Rep. Alexandria Ocasio-Cortez (D-N.Y.).