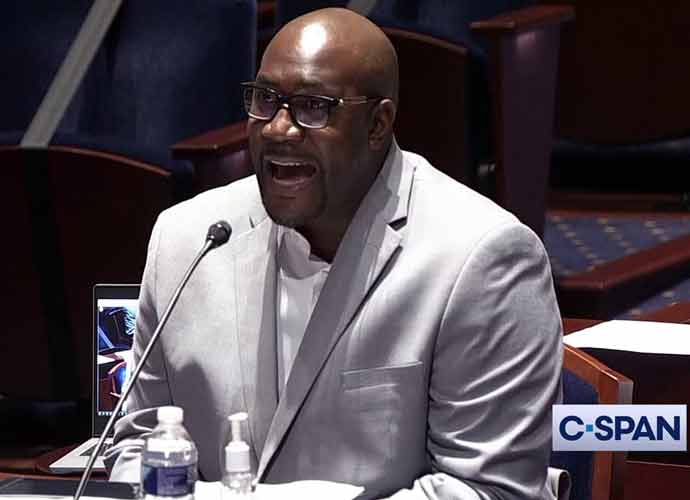 “I’m tired of the pain I’m feeling now and I’m tired of the pain I feel every time another
black person is killed for no reason. I’m here today to ask you to make it stop. Stop the pain.
Stop us from being tired,” Philonise said during his emotional testimony. “George called for help and he was ignored. Please listen to the call I’m making to you now, to the calls of our family and the calls ringing on the streets of all the world.”

“He didn’t deserve to die over $20. I am asking you, is that what a black man is worth?” Philonise added, in reference to his brother’s fatal arrest, happening after he attempted to buy cigarettes with a counterfeit $20 bill.

House Democrats on Monday introduced the Justice in Policing Act of 2020, which is set to make it easier to hold police accountable, as well as monitor its actions during arrests. Some of the bills major provisions include racial bias workshops and a national police misconduct registry.

Rep. Karen Bass (D-California), the chairman of the Congressional Black Caucus, co-sponsor of the legislation, said, “This is about the kind of America we all want to see.”

As activists have been calling in to defund the police, Bass disagreed with the idea, telling CNN, “I don’t think that that’s the appropriate thing to do.”

The bill would rather implement the demilitarization of law enforcement and limit the transfer of military weapons.

Republicans are drafting their own bill.