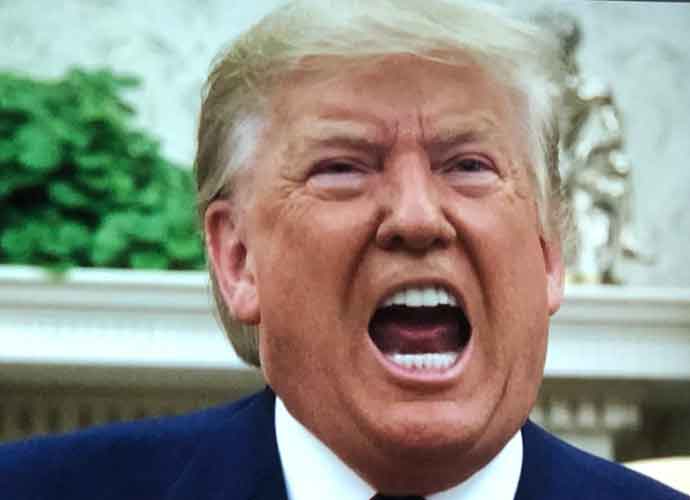 President Donald Trump on Wednesday justified his decision to pull U.S. forces out of northern Syria and back Turkey’s military operation in the region by saying the Kurds did not fight beside American troops during World War II.

Trump also appeared to use the fact that the U.S has invested heavily in military aid for Kurdish fighters as an excuse for abandoning them.

Many people noted that the Kurds couldn’t have possibly helped the U.S. with the 1944 D-Day invasion and the other landings the Allies made in Normandy, France to fight Germany during World War II because they are a small, landlocked country in the Middle East far from Western Europe.

Eleven thousand Kurds have died fighting alongside American forces to defeat ISIS. Trump’s betrayal of Kurdish fighters — which came after a phone call between him and Turkish President Recep Tayyip Erdogan —  was blasted by both Democrats and Republicans who viewed the move as a military strategy that would hurt the U.S.’s continued effort to end the influence of the Islamic State (ISIS) in the region.

Sen. Jack Reed (D-Rhode Island), a ranking member of the Senate Armed Services Committee, rebuked Trump’s comment about the Kurds and Normandy in an interview with MSNBC by saying the president has no grasp on history or strategic military policy.

Pres. Trump complaining that “The Kurds didn’t help us with Normandy” is completely absurd. It underscores the fact that he’s deeply uninformed. That he’s impulsive. That it’s all about him. And that he has no concept of policy or history. pic.twitter.com/3w2vgWKZWc