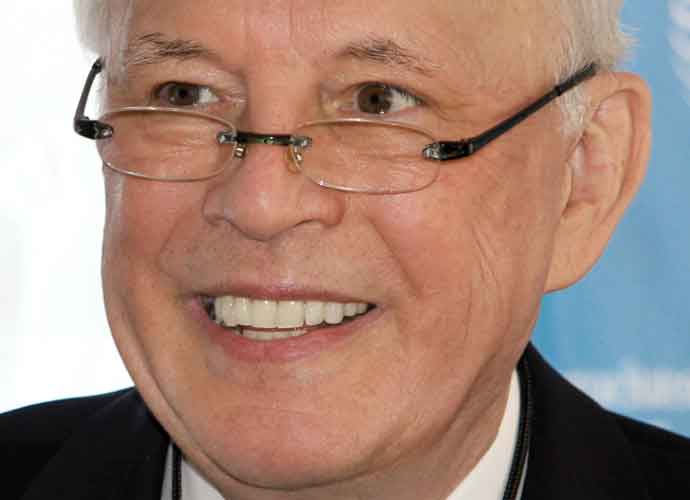 President Donald Trump lashed out on Twitter yet again this Sunday, attacking the Democrats for bringing in President Richard Nixon‘s White House counsel John Dean, a felon convicted during the Watergate investigations.

Like a broken record, the president began his tweet by insisting yet again that he was innocent of any federal charges of obstruction of justice or collusion and falsely claimed that the report from Special Counsel Robert Mueller exonerated him from any wrongdoing. “No Collusion,” he cried, using a confusing system of capitalization.

For two years all the Democrats talked about was the Mueller Report, because they knew that it was loaded up with 13 Angry Democrat Trump Haters, later increased to 18. But despite the bias, when the Report came out, the findings were No Collusion and facts that led to……..

That obligatory assertion out of the way, Trump then harangued the Democrats’ most recent attempt to bring him to justice by having former White House counsel Dean testify in Congress. “The Mueller Report was a disaster for them. But they want a Redo, or a Do Over. They are even bringing in @CNN sleazebag attorney John Dean,” the president of the United States tweeted.

….No Obstruction. The Dems were devastated – after all this time and money spent ($40,000,000), the Mueller Report was a disaster for them. But they want a Redo, or Do Over. They are even bringing in @CNN sleazebag attorney John Dean. Sorry, no Do Overs – Go back to work!

Dean, who is now a CNN commentator, played an integral part of the Watergate cover-up in the 1970s, attempting to prevent Nixon from appearing guilty of political espionage. When Dean was eventually convicted, he pled guilty to a single felony in exchange for providing invaluable testimony to investigators. Now, the convict is set to testify before the House Judiciary Committee to discuss the similarities between Nixon’s obstruction of justice and Trump’s accused obstruction of justice. “I’m clearly not a fact witness, but I hope I can give them some context and show them how strikingly like Watergate what we’re seeing now and as reported in the Mueller report is,” Dean told reporters.

His testimony comes as more and more House Democrats are calling for the president’s impeachment. While Mueller’s team chose not to charge Trump with any crimes, many liberal representatives see Mueller’s recent statement, in which he expressly stated that he had not cleared Trump of obstruction of justice, as a declaration of support for House impeachment. Even though Speaker of the House Nancy Pelosi (D-California) opposes impeachment, a significant faction is still clamoring for it, causing an ever-growing rift in the Democratic party.