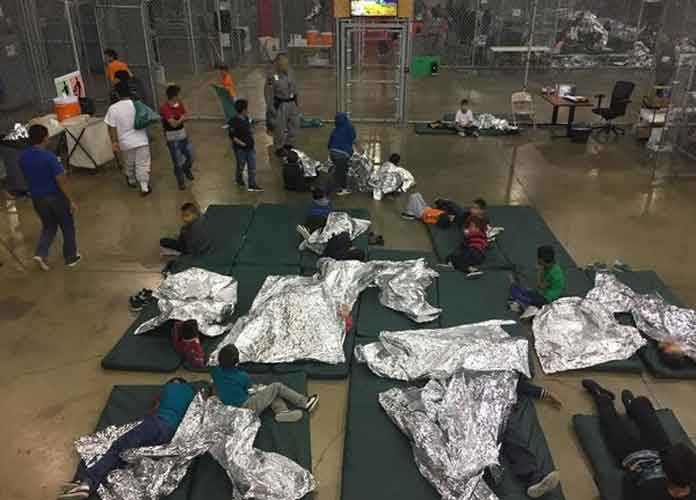 On Tuesday, top Health and Human Services (HHS) official Jonathan White told lawmakers at a Senate Judiciary Committee hearing that he and others repeatedly warned President Donald Trump‘s administration that its policy of separating immigrant families would not be in “the best interest of the child.”

Commander White, who left his previous position at Office of Refugee Resettlement (ORR) on March 15, is the person currently in charge of attempting to reunite the separated families. When asked by Sen. Richard Blumenthal (D-Conn.) if any of the panelists had warned the administration of the potentially devastating consequences of that policy, White said he had.

“During the deliberative process over the previous year, we raised a number of concerns in the ORR program about any policy which would result in family separation due to concerns we had about the best interest of the child as well as about whether that would be operationally supportable with the bed capacity that we have,” White said to the Committee.

Blumenthal asked the commander to further explain his response in layman’s terms, asking if he told the administration that children would “suffer” as a result of its “zero tolerance” policy. “Separation of children from their parents entails significant harm to children,” White said in response. “There’s no question that separation of children from parents entails significant potential for traumatic psychological injury to the child,” he added.

White also said that the administration’s response was that family separation was not a policy. As stated before, there is no current law that mandates the separation of migrant children from their parents at the U.S. border.

This statement from White was the confirmation of something that had already been apparent. The government did not have a plan to reunite families, though, it was apparently told that these separations were likely to traumatize the children.

The latest number of immigrant children who remain in detention and apart from their parents stands at 711, according to the Department of Homeland Security. The parents of 431 of those kids have already been deported.

Biden Denies Families Separated At Border Will Get $450,000 Payments: ‘That’s Not Going To Happen!’