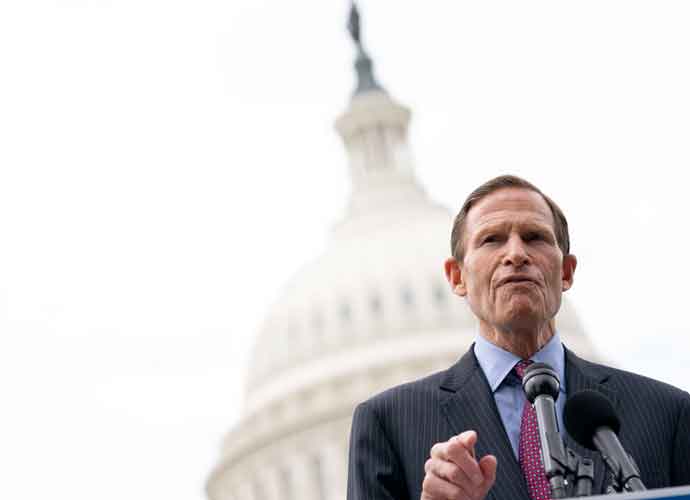 WASHINGTON, DC - APRIL 29: U.S. Sen. Richard Blumenthal (D-CT) speaks during a news conference outside the U.S. Capitol on April 29, 2021 in Washington, DC. A bipartisan group of Senators gathered in support of the Military Justice Improvement and Increasing Prevention Act, which would move the decision to prosecute a member of the military from the chain of command to independent, trained, professional military prosecutors. (Photo by Stefani Reynolds/Getty Images)

In his opening statements, Subcommittee Chair Richard Blumenthal (D-Connecticut) tore into Mosseri for skirting responsibility for what posters share.

“The time for self-policing and self-regulation is over. Self-policing depends on trust, and the trust is gone,” Blumenthal said. “The magnitude of these problems requires both and broad solutions and accountability which has been lacking so far.”

Blumenthal also asked Mosseri to cancel plans to develop a version of Instagram for young children.

Mosseri responded that online safety is a top priority not only for him but for all social media companies.

“Keeping young people safe online is not just about one company,” Mosseri said. “We all want teens to be safe online. The internet isn’t going away, and I believe there’s important work that we can do together – industry and policymakers – to raise the standards across the internet to better serve and protect young people.”

But lawmakers were not buying it.

“Facebook’s own researchers have been warning management, including yourself Mr. Mosseri, for years about Instagram’s harmful impacts on teen’s mental health and well-being,” Blumenthal said. ‘Facebook knew, it did the research, and the studies but it continued to profit.”

Sen. Marsha Blackburn (R-Tennessee), the ranking Republican member on the Subcommittee, added that “we fully share the goal of protecting kids and teens online but what we aren’t sure about is how the half-measures you’ve introduced are going to get us to the point where we need to be.”

She also demanded that Mosseri answer for the damage that misuse of Instagram has caused to teens and their families.

Watch the full hearing below: