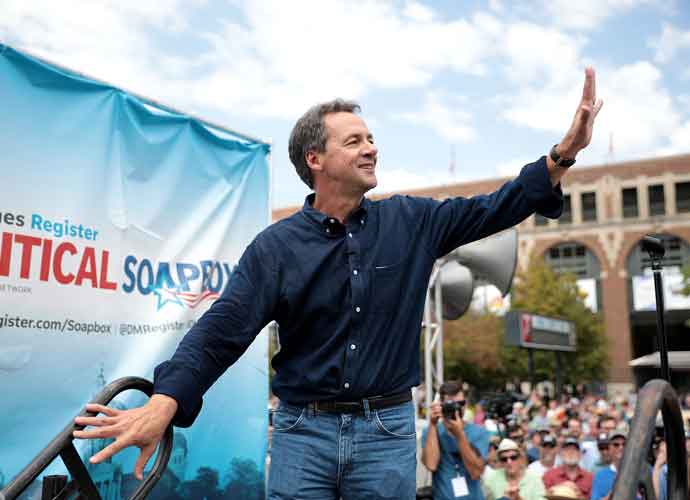 Steve Bullock Drops Out Of Presidential Race, Will Not Run For Senate

Montana Gov. Steve Bullock announced Monday that he has suspended his presidential campaign amid fundraising struggles that repeatedly prevented him from joining the Democratic debate stage.

“While there were many obstacles we could not have anticipated when entering this race, it has become clear that in this moment, I won’t be able to break through to the top tier of this still-crowded field of candidates,” Bullock said in a statement.

He presented himself as a moderate Democrat able to beat President Donald Trump, given that he was elected in a state that Trump won in 2016.

His campaign got a late start, declaring his candidacy in May. He failed to get the name recognition other leading Democrats already possessed, such as former Vice President Joe Biden or Vermont Senator Bernie Sanders.

Because of this, his campaign struggled to get a strong foothold. His Real Clear Politics polling average stood at a mere 0.4 percent nationally. He qualified for just one debate in July, which did not help his cause as other candidates, like Sen. Elizabeth Warren (D-Mass.), climbed in the polls after taking to the debate stage.

“I entered this race as a voice to win back the places we lost, bridge divides and rid our system of the corrupting influence of dark money,” Bullock said. “While the concerns that propelled me to enter in the first place have not changed, I leave this race filled with gratitude and optimism, inspired and energized by the good people I’ve had the privilege of meeting over the course of the campaign.”

He has not endorsed any candidate and will not run for the U.S. senate, according to his spokeswoman Galia Slayen.

“Governor Bullock will continue to faithfully and effectively serve the people of Montana as their Governor,” Slayen said. “While he plans to work hard to elect Democrats in the state and across the country in 2020, it will be in his capacity as a governor and a senior voice in the Democratic Party — not as a candidate for U.S. Senate.”

On Sunday night, Joe Sestak, a retired Navy admiral and former Pennsylvania congressman, dropped out of the presidential race for similar reasons.

Bullock is the third current or former governor to drop out of the 2020 race, after Washington Gov. Jay Inslee and former Colorado Gov. John Hickenlooper. Another former governor, Deval Patrick of Massachusetts, joined the race on Nov. 14.