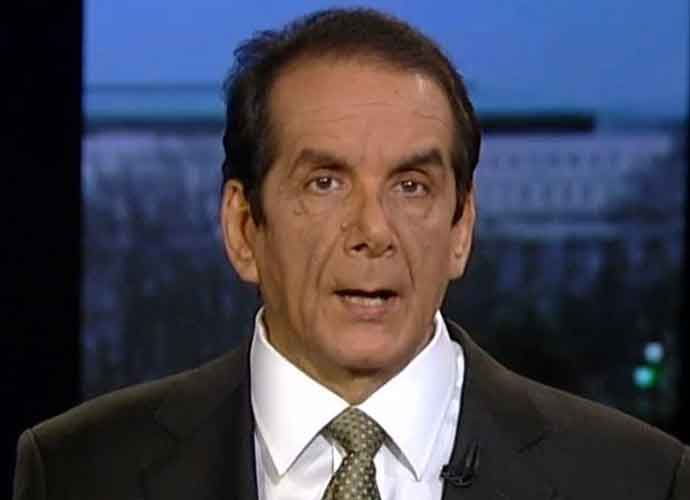 After a long battle with cancer, Pulitzer Prize-winning columnist Charles Krauthammer died Thursday at the age of 68.

The conservative writer had previously spent most of the last year recovering from surgery to remove a cancerous tumor in his abdomen. After what was considered a successful procedure, Krauthammer was later informed that the cancer had returned, granting him only a few weeks left to live.

After 34 years writing for the Washington Post, Krauthammer informed readers of his circumstances in his final farewell column titled “A note to readers.”

“My doctors tell me their best estimate is that I have only a few weeks left to live. This is the final verdict. My fight is over,” he wrote, two weeks prior to his passing.

The columnist had penned his way to a prolific career, having contributed to a number of publications including Time, The New Republic, The Weekly Standard and The National Interest foreign policy journal. In 1987, Krauthammer received a Pulitzer Prize for “his witty and insightful columns on national issues” while writing for The Post.

Despite being a known conservative, Krauthammer was respected across the political spectrum for his integrity and independent thinking. Amidst a divided political arena, marked by unflinching loyalty to party above all else, Krauthammer was considered a breath of fresh air.

Despite being lauded for his conservative views, the writer was also unafraid to bear the unpopular opinion when necessary. In the wake of President Donald Trump’s election, Krauthammer labelled the president’s candidacy as “a self-aggrandizing exercise in xenophobia… [that] took off.”

Looking back, the columnist said he was “grateful” for his career. The writer had started off as a doctor, receiving his M.D from Harvard Medical School and later specializing in psychiatry. Despite experiencing success in the field, he switched to journalism in the early 1980s.

“To be doing every day what you enjoy doing is rare. Rarer still is to be doing what you were meant to do, particularly if you got there by sheer serendipity.”

In his final message to readers, Krauthammer offers a bittersweet farewell.

“It was a wonderful life — full and complete with the great loves and great endeavors that make it worth living. I am sad to leave, but I leave with the knowledge that I lived the life that I intended.”