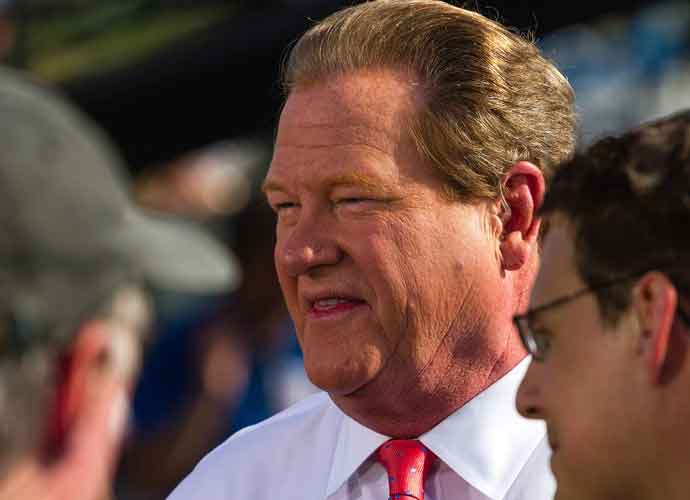 On Thursday, liberal news broadcaster Ed Schultz died of natural causes at age 64 at his home in Washington D.C, announced his former network RT America. The talk show host was originally a staunch conservative before shifting further left throughout the early 2000s.

Schultz started out as a sportscaster in the late 1980s before switching over to politics in the 90s. During that time, he became a strong conservative presence over North Dakota’s airwaves, hosting his own radio talk show which was broadcast regionally from Fargo before becoming nationally syndicated. Schultz later reevaluated his political views. In 2000, he announced he was a Democrat and later became a strong critic of President George W. Bush.

After gaining widespread recognition, Schultz was offered his own talk show by MSNBC which was officially dubbed, The Ed Show. The program ran from 2009 to 2015, a time during which the host expressed his liberal views and became a champion of the labor movement. “Ed focused on American blue collar workers most of the [mainstream media] had long forgotten,” tweeted former MSNBC host David Shuster.

I worked with Ed Schultz @msnbc and while he was doing his radio gig. He was always kind, enthusiastic, and passionate. Ed focused on American blue collar workers most of the MSM had long forgotten. Ed also adored his family. Deepest condolences to all who knew Ed. #RIP.

A year later, the his MSNBC show was canceled and he switched over to RT America, formerly called Russia Today, to host his own talk show The News With Ed Schultz. Even though the network was registered as a “foreign agent” due to its Russian backing, the host maintained that he would not be swayed, “Let them call me what they want, I am going to speak the truth no matter what.”

Schultz is survived by his wife, Wendy, and six children.