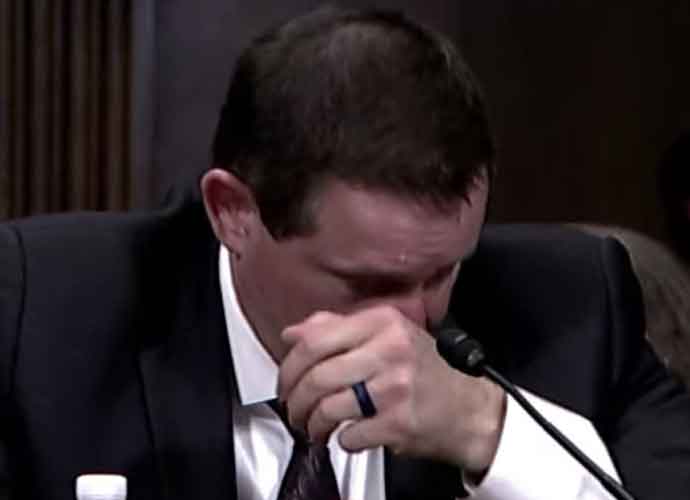 Lawrence J.C. VanDyke, President Donald Trump’s nominee for a federal judge at the 9th US Circuit Court of Appeals, cried during his Senate confirmation hearing this week. The incident occurred while he was responding to a letter from the American Bar Association (ABA), which concluded that he was “not qualified” for a judicial appointment.

The ABA’s letter cited 60 interviews that they conducted to come to the finding that VanDyke is “arrogant, lazy, an ideologue, lacking knowledge of court proceedings and not always candid and truthful.” A further damning aspect mentioned in the ABA’s letter accused VanDyke of not treating LGBTQ litigants fairly. VanDyke cried and rejected the ABA’s letter with a choked voice, saying that he has always treated people with respect and dignity.

During the hearing, Sen. Lindsey Graham (R-South Carolina) turned to another nominee to the 9th US Circuit Court of Appeals, Patrick J. Bumatay. Graham asked Bumatay whether he thought VanDyke would be fair to LGBTQ litigants. Bumatay replied in the affirmative. He had earlier introduced his husband and children, who accompanied him to the hearing. Democrats expressed grave concerns over the alarming allegations in ABA’s letter.

Republicans have been railing hard against the ABA; casting doubts over its procedural assessments and calling into question its ratings of many of the judicial nominees. They call the ABA a liberal, “dark money” group.

Under the Senate Majority Leader Mitch McConnell (R-Kentucky), the Senate has been pushing scores of conservative nominees of the president through the Senate confirmation process. The Republicans are seeking to transform the character of the judiciary to make it as conservative as possible while Trump is in office. The 9th Circuit Court of Appeals has blocked many of President Trump’s crucial decisions, particularly those relating to immigration.

Liberals fear Trump’s conservative judicial nominees in appellate courts will upend landmark rulings as they make their way up in the judicial hierarchy. The liberals fear that an addition to the conservative majority at the federal and state level combined with conservative justices of the U.S. Supreme Court like Neil Gorsuch and Brett Kavanaugh will undermine liberal rulings like those upholding abortion rights, affirmative action and the Second Amendment.

The overwhelming majority of the president’s nominees are being confirmed despite concerns voiced by the ABA and the Democrats.