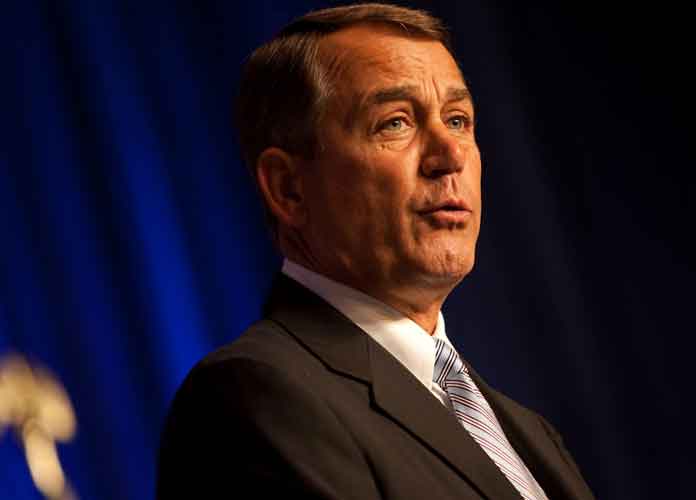 John Boehner Says ‘There Is No Republican Party,’ Only A ‘Trump Party’

John Boehner issued a serious rebuke of the GOP on Thursday, bemoaning the party’s demise and criticizing it for its subservience to President Donald Trump.

“There is no Republican Party. There’s a Trump Party,” the former Republican house speaker stated at a policy conference in Michigan.

“The Republican Party is kind of taking a nap somewhere,” Boehner added. The former Ohio lawmaker described Trump as “clearly the most unusual person we’ve elected as President.”

However, he also praised Trump.

“But if you can peel away the noise, and the tweets and all that, which is virtually impossible to do, but if you peel all this away, from a Republican standpoint, the things that he’s doing by and large are really good things,” Boehner added about Trump. He noted the administration’s progress on discussions with North Korea.

Boehner resigned as house speaker in September 2015, before his term officially ended, after nearly five years at the helm. Paul Ryan — who recently announced his own resignation — replaced him as speaker.

At the conference, Boehner also reportedly reminisced about his positive relationship with Trump, saying the president supported him before the 2016 election and how the pair often used to play golf together.

Boehner had previously said Trump was neither a Republican nor a Democrat, and called him a “populist” in an interview last year. In April, Boehner announced that he had joined the advisory board for private marijuana producer Acreage Holdings. The announcement surprised many, as the former house speaker had vehemently opposed all things related to the drug up until a few years ago.