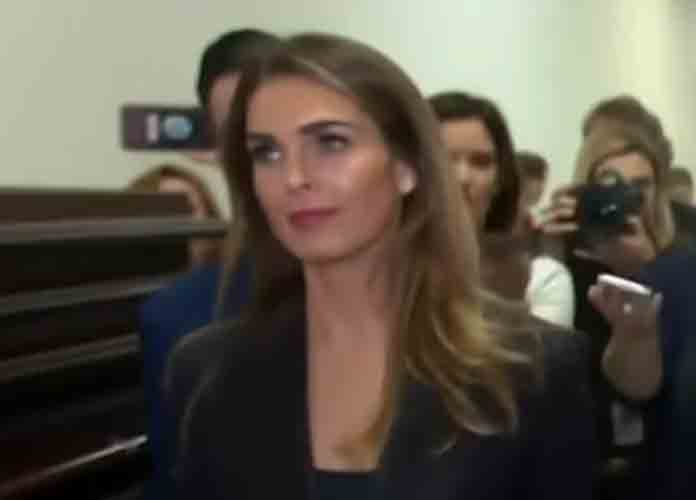 Former Trump and White House aide Hope Hicks testified before the House Judiciary Committee in a closed-door session on Wednesday. According to the transcript of her testimony, Hicks recounts that she knew about the possible existence of a now-infamous tape recorded at Moscow’s Ritz-Carlton Hotel’s presidential suite.

The tape, who’s very existence has never been proven, allegedly shows prostitutes, hired by Trump, urinating on the bed in which the Obama’s stayed during their visit to Moscow. According to the Trump-Russia dossier, also known as the Steele Dossier, the tape was secretly recorded by the Federal Security Service (FSB) in order to gain leverage on Trump.

The tape was not public knowledge until January 10, 2017 when BuzzFeed posted the Steele Dossier, which triggered investigations into election tampering and unethical connections of the Trump franchise and campaign and Russia. However, Hicks alleges that she and the Trump campaign knew about the alleged tape three months prior to the BuzzFeed post.

In her testimony, Hicks describes hearing from campaign spokesperson Katrina Pierson about a tape showing Trump “with Russian hookers, participating in some lewd activities.” She also stated that in her understanding, it was her job to “contain” the story and prevent it from “spiraling out of control.” Hicks denies knowing whether the tape does in fact exist, but stated in her testimony that she believed Harvey Levin, founder of TMZ, likely had a copy of it.