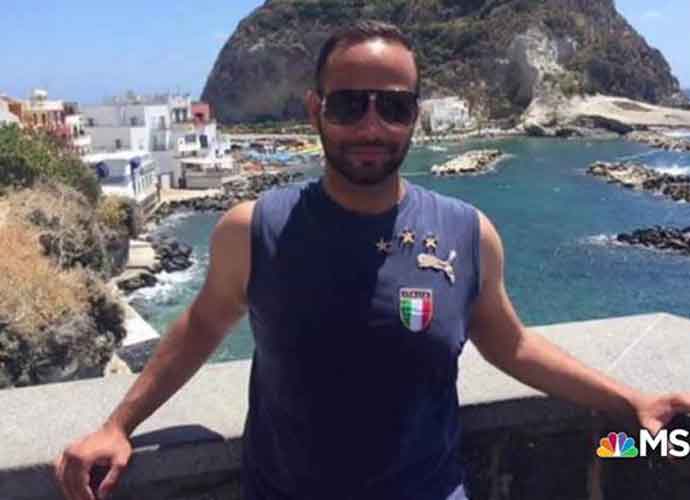 President Donald Trump issued a slew of pardons and commutations on Tuesday, including to two individuals who pleaded guilty in the Russia probe, four Blackwater guards convicted on war crime-related charges for the killing of Iraqi civilians and three former GOP members of Congress.

The 15 pardons and five commutations were announced in a statement released Tuesday evening by the White House.

Over half the pardons and commutations did not meet the Justice Department’s “standards for consideration” — underscoring Trump’s growing qualms with the DOJ, largely marked by the forthcoming departure of Trump’s longtime ally, Attorney General William Barr, who in recent weeks, publicly contradicted the president by denying allegations of widespread voter fraud in the 2020 election.

Trump has long since attempted to undercut former special counsel Robert Mueller‘s findings of Russian interference in the 2016 election, often framing the investigation as corrupt and a “witch hunt.” His Tuesday pardons to former Trump campaign adviser George Papadopoulos and Dutch attorney Alex van der Zwaan further seek to chip away at the minimal results the probe accomplished.

Both pleaded guilty to making false statements to federal officials during the Mueller probe and served brief prison sentences.

The White House called both prosecutions “process-related,” and used the opportunity to reiterate the Mueller probe’s failure to find evidence of collusion between Russia and the Trump campaign. Concerning van der Zwaan, the White House additionally noted that “none of his underlying conduct was alleged to have been unlawful, nor did prosecutors note any prior criminal history.”

The pair are not the first individuals charged in connection to the Mueller probe to receive pardons from Trump.

Former National Security Adviser Michael Flynn, who pleaded guilty twice on charges of lying to federal investigators, in addition to Trump’s longtime friend and adviser, Roger Stone, convicted on charges of witness tampering and obstruction, were both already pardoned by Trump.

The recent pardons indicate Trump may issue more in the coming weeks for those convicted on Mueller-related charges.

Another notable set of pardons on Tuesday included four former U.S. service members who were convicted on charges related to the 2007 Nisour Square massacre, which killed 17 Iraqi civilians and injured 20.

Blackwater guards responsible for escorting a U.S. embassy convoy in Baghdad claimed they were attacked and open fired in response. However, an Iraqi investigation found that the killings were unprovoked. As a result, four Blackwater employees were convicted in federal court, one on a charge of murder and the other three on manslaughter and firearms charges.

In the statement, the White House acknowledged that the situation “resulted in the unfortunate deaths and injuries of Iraqi civilians.” It additionally claimed that “prosecutors recently disclosed — more than 10 years after the incident — that the lead Iraqi investigator, who prosecutors relied heavily on to verify that there were no insurgent victims and to collect evidence, may have had ties to insurgent groups himself.” However, that assertion could not be independently verified and there are no online news reports of such a statement ever being made.

The president also pardoned three former GOP members of Congress who had been convicted on corruption-related charges.

Former Rep. Duncan Hunter (R-California) was set to begin an 11-month prison term in January. He pleaded guilty in 2019 to one count of misusing campaign funds. In the same year, former Rep. Chris Collins (D-New York) pleaded guilty on charges of conspiring to commit securities fraud and making false statements to federal investigators.

The final former Congressman, Rep. Steve Stockman (R-Texas), received a commutation largely on humanitarian grounds, as he contracted COVID-19 while in prison and is considered higher risk. Stockman was convicted in 2018 on 23 felony counts related to money laundering and misuse of charitable funds. Per the White House, he “will remain subject to a period of supervised release and an order requiring that he pay more than $1,000,000 in restitution.”

Other pardons granted included Alfonso Costa, a dentist convicted on charges of health care fraud related to false billing, who had HUD Secretary Ben Carson advocate on his behalf. Trump commuted and pardoned five individuals who had been convicted of low-level marijuana offenses, many of whom were subject to mandatory minimum sentences. Much of the lobbying for those listed was by Alice Johnson, who herself was granted clemency by Trump and has since advocated for sentencing reform.

The full list of pardons and commutations is available here.