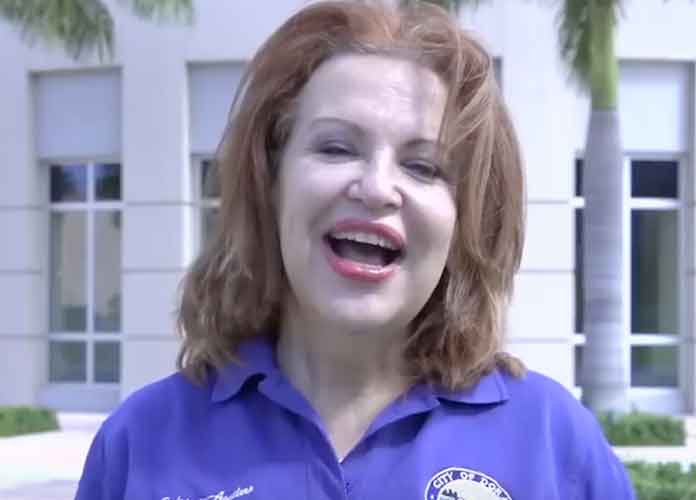 GOP House Candidate Bettina Rodriguez Aguilera Says She Was Abducted By Aliens, Communicates Telepathically With Them

Republican House candidate Bettina Rodriguez Aguilera has made a stunning claim: that she was abducted by aliens when she was seven years old.

Rodriguez Aguilera — who is running to replace retiring GOP Rep. Ileana Pos-Lehtinen in Florida’s 27th District — also said she could communicate telepathically with extraterrestrials. Despite these outlandish assertions, she managed to get endorsed by a major newspaper: the Miami Herald.

According to the Herald: “We realize that Rodriguez Aguilera is an unusual candidate. Last year, she told the Miami Herald — and several Spanish-language media outlets — that she believes in extra-terrestrials. She says when she was 7, she was taken aboard a spaceship and, throughout her life, she has communicated telepathically with the beings, which remind her of the concrete Christ in Brazil. There you have it.”

Rodriguez Aguilera also reportedly told the newspaper that the aliens told her the Coral Castle — a large limestone landmark located in Miami-Dade County — is an ancient Egyptian pyramid. The candidate has also explained her beliefs in extraterrestrials to multiple Spanish-language news outlets over the years.

“For years people, including presidents like Ronald Reagan and Jimmy Carter and astronauts have publicly claimed to have seen unidentified flying objects and scientists like Stephen Hawking and institutions like the Vatican have stated that there are billions of galaxies in the universe and we are probably not alone,” the candidate told the Herald. “I personally am a Christian and have a strong belief in God, I join the majority of Americans who believe that there must be intelligent life in the billions of planets and galaxies in the universe.”

Will Rodriguez Aguilera manage to garner support from other major publications or other organizations ahead of November’s midterms? Given that there seem to be plenty of other crazy candidates who have won elections in the past, she may just win more votes than expected.