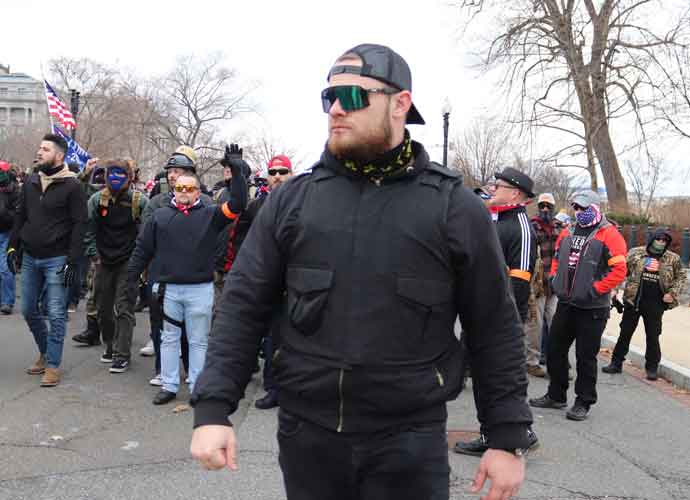 Days after F.B.I. director Christopher Wray warned Congress about the increase of American, racially-charged domestic terrorism, the F.B.I. uncovered a phone call between a member of the violent extremist group, the Proud Boys, and former President Donald Trump‘s White House hours before the Capitol insurrection January 6.

The F.B.I. has monitored location and call record data showing that a Proud Boys member called, and successfully spoke to someone in the Trump White House on January 6. The F.B.I. has been unwilling to release any additional information on either party at this time.

Speculation has led many to believe the call was between Proud Boys leader Enrique Tarrio, who was arrested on the eve of the riots, and Trump strategist Roger Stone. Tarrio called Stone while protesting outside Sen. Marco Rubio‘s (R-Florida) home and asked Stone to address the crowd on speakerphone. The F.B.I. has since confirmed that the call between Tarrio and Stone is not the call they are currently investigating.

The F.B.I.’s investigation of the Capitol insurrection reached a fevered pitch after President Joe Biden took office. The F.B.I. recently arrested a former Trump State Department aide, Federico Klein, on charges of unlawful entry, violent and disorderly conduct, obstructing Congress and law enforcement, and assaulting an officer with a dangerous weapon during the Capitol insurrection.

The F.B.I. also successful got a “geofence” warrant identifying all Android devices recorded by Google inside the Capitol building on January 6. The geofence and all other investigations have shown no connections between members of Congress and the rioters who stormed the Capitol.