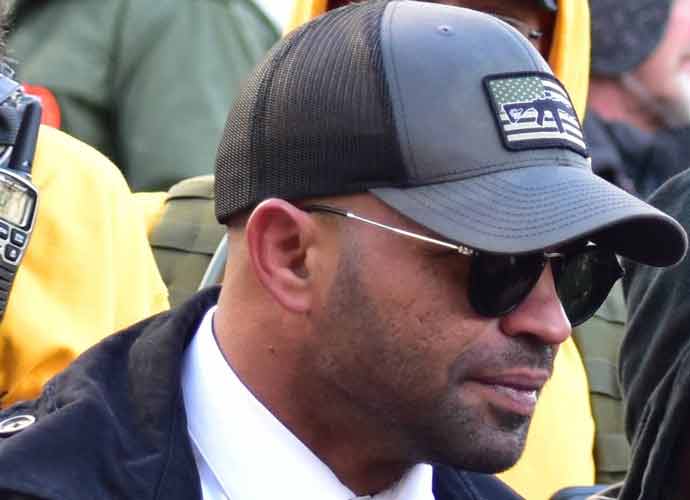 Tarrio, already a convicted felon, quickly took to social media after his release to mock police and imply that he will burn more banners. Until his hearing in May, Tarrio has been ordered to stay away from D.C.

Tarrio and many members of his right-wing group, the Proud Boys, are coming to Washington D.C. in anticipation of protests planned to start January 6. The protest, sanctioned by Trump and his Republican allies, is focused on objecting to the upcoming Senate and House sessions to certify the results of the presidential election.

D.C. Mayor Muriel Bowser (D) asked for additional support from the Army National Guard for the upcoming rallies. The protests in December, where Tarrio burned the Black Lives Matter banner, led to several violent clashes in the city as well as stabbings.

In a prepared statement, commanding general of the Washington D.C. National Guard Major General William J. Walker said, “The District of Columbia National Guard is in a support role to the Metropolitan Police Department, which will enable them to provide a safe environment for our fellow citizens to exercise their First Amendment right to demonstrate.”