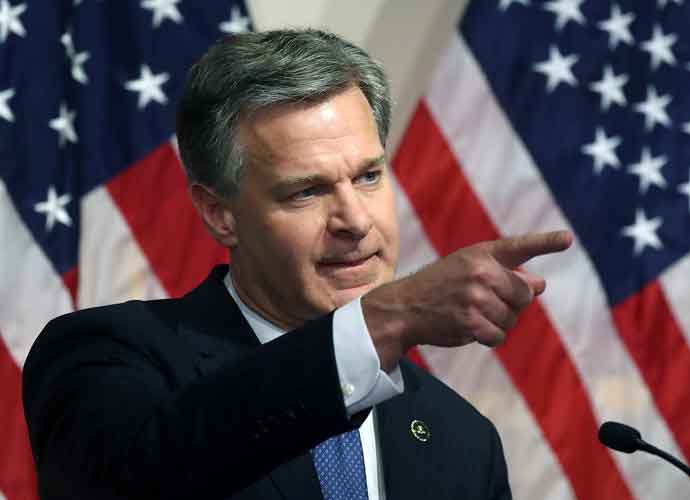 WASHINGTON, DC - JUNE 14: FBI Director is Christopher A. Wray speaks to the media during a news conference at FBI Headquarters, on June 14, 2018 in Washington, DC. Earlier today the inspector general released a 500 page report on the Clinton email investigation. (Photo by Mark Wilson/Getty Images)

F.B.I. Director Christopher Wray warned senators in a hearing on Tuesday afternoon that the threat of racially motivated extremists committing domestic terrorism in the United States is “metastasizing across the country.”

Wray appeared before the Senate Judiciary Committee as one of several experts sharing thoughts on the Capitol insurrection on January 6, which left five people dead and several Capitol police officers injured. Wray, appointed by former President Donald Trump, quickly condemned those who stormed the Capitol building.

“That attack, that siege, was criminal behavior, plain and simple, and it was behavior that we, the F.B.I., view as domestic terrorism,” Wary told the Senate. “It’s got no place in our democracy.”

Wray told the Senate that the F.B.I. has investigated more than 2,000 domestic terror threats in the United States since 2017, which Wray notes is a stark rise. The director said that the number of white supremacists arrested in 2020 had nearly tripled from 2017.

Wray was asked by Senate Democrats to debunk conspiracy theories that the group ANTIFA organized the Capitol insurrection, a theory touted by Sen. Ron Johnson in a Senate hearing in February. Wray asserted repeatedly that the rioters who stormed the Capitol building were real Trump supporters.