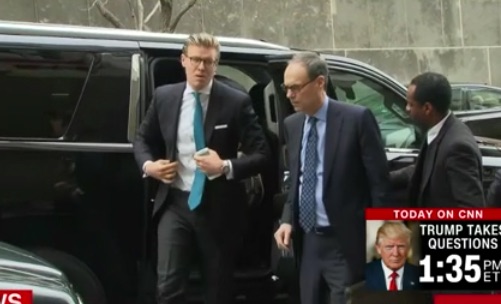 Van der Zwaan, 33, reported to a Federal Bureau of Prisons facility in Pennsylvania on Monday. Mueller sentenced the Dutch attorney to 30 days in prison in early April. The prison bureau’s website has listed his expected release date as June 4.

Van der Zwaan — who previously worked for American law firm Skadden Arps — pleaded guilty in February to making false statements to the FBI, which a felony. The lawyer confessed to lying to the FBI and to lawyers from Mueller’s team while he was being interrogated about his role in a report Skadden Arps issued in 2012 after the Ukrainian government requested it.

The Dutch lawyer also reportedly lied about his contacts with Rick Gates, a former aide to President Donald Trump. Gates was accused of transferring large sums of money from offshore accounts and lying to federal investigators about this.

Skadden worked with Gates and former Trump campaign chairman Paul Manafort while the pair of men served as political consultants in Ukraine. Manafort and Gates also played a part in drafting the the report.

Consultants and legal experts have noted that because van der Zwaan is not a U.S. citizen, he cannot be sent to a federal prison camp.

In October 2017, Gates and Manafort were indicted on charges of money laundering and failing to register as foreign agents for their work in Ukraine. Although Gates pleaded guilty, Manafort continues to fight the initial charges.

Although van der Zwaan is the first person directly connected to the Russia investigation to be formally convicted and sent to prison, one other individual indirectly related to the probe also spent time in jail. George Papadopoulos, a Trump campaign foreign policy adviser, was in jail for one night in Virginia in July 2017 after he was detained at an airport. Papadopoulos pleaded guilty to lying to federal investigators and is currently awaiting sentencing.

Mueller’s probe has been heating up in recent weeks. The special counsel has sent Trump a list of 49 questions he hopes to ask him in an interview about several issues including his campaign team’s and former cabinet members’ contacts with Russian officials and obstruction of justice.

The president asked if he could answer the questions in writing, but Mueller denied this request earlier this week. Trump’s legal team had requested this option because it would help protect the president from potentially lying to investigators about any of the issues related to the probe.