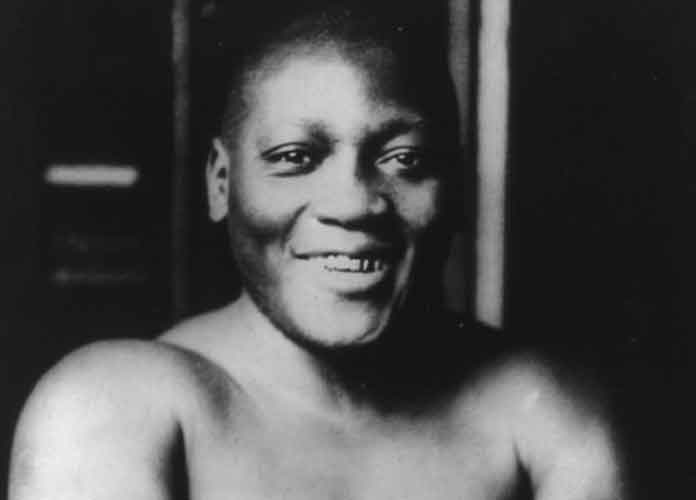 Just moments after the funeral of Former First Lady Barbara Bush ended on Saturday, President Donald Trump revealed on Twitter that he had received a call from Rocky Balboa himself, Sylvester Stallone.

Trump said the actor had called him to talk about Jack Jonhson, the long-dead legendary African-American boxer who became the first black heavyweight boxing champion in 1908 and who died in 1946, the year Stallone and Trump were both born in.

The president said he is weighing a “full pardon” for Johnson.

Sylvester Stallone called me with the story of heavyweight boxing champion Jack Johnson. His trials and tribulations were great, his life complex and controversial. Others have looked at this over the years, most thought it would be done, but yes, I am considering a Full Pardon!

According to several reports including one from Vox, Johnson fought Jewish boxer Joe Choynski as early as 1901 and both fighters ended up in jail because prize-fighting was illegal in Texas during that time.

In addition to his long streak of boxing victories, Johnson also drew the ire of many white Americans during his time for allegedly starting relationships with several white women, something that was very rare at the time.

In 1912, Johnson was reportedly arrested for violating the Mann Act, a 1910 law that declared it a federal crime to transports across state lines “any woman or girl for the purpose of prostitution or debauchery, or for any other immoral purpose,” according to Vox.

According to the New York Times, Trump has long been a fan of Stallone, who is known for playing several “tough guy” characters in his movies like boxer Rocky Balboa or Vietnam War veteran John Rambo in the Rambo film franchise.

Stallone has reportedly attended several events at Trump’s Mar-a-Lago resort in Florida, and even signed this autograph for the president after he won the election in 2016:

Stallone was reportedly considered by Trump for a position with the National Endowment for the Arts, but the actor said weeks after the election that he had turned down this opportunity.

The latter two pardons have come in the last two months. Arpaio drew a criminal contempt conviction, Saucier was imprisoned after taking unauthorized pictures in a classified section of a submarine and Libby — former Vice President Dick Cheney’s Chief of Staff — was convicted of obstruction of justice and perjury in 2007 for his role in revealing the identity of CIA officer Valerie Plame.

In a separate tweet over the weekend, Trump fired back at several media outlets including the Washington Post for what he said were false reports of him having called Attorney General Jeff Sessions “Mr. Magoo” (the near-sighted cartoon character) and Sessions’ deputy Rod Rosenstein “Mr. Peepers,” a character from a popular 1950s NBC sitcom.

The Washington Post said I refer to Jeff Sessions as “Mr. Magoo” and Rod Rosenstein as “Mr. Peepers.” This is “according to people with whom the president has spoken.” There are no such people and don’t know these characters…just more Fake & Disgusting News to create ill will!