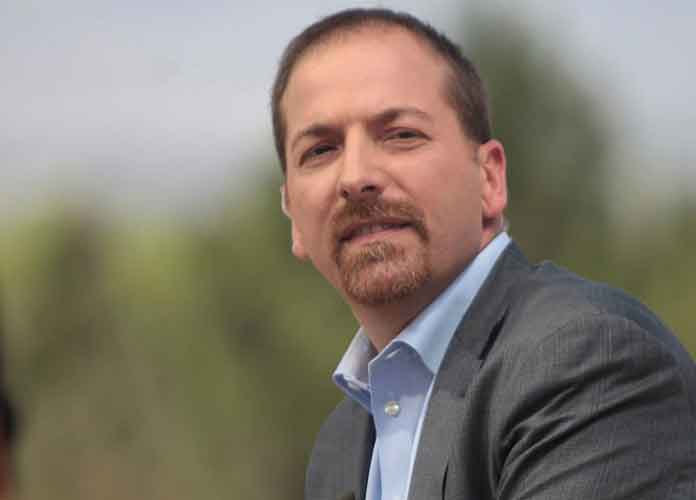 Donald Trump has lashed out at the media and dismissed prominent outlets as “fake news,” but rarely has he singled out one journalist with an insult like he did with Chuck Todd over the weekend.

The 45-year-old host of NBC’s Meet the Press, who has served in the role since 2014, said in a report on his show Friday afternoon that the President’s repeated behavior — “shooting from the hip,” ignoring and alienating advisers, going with his “gut” feelings, lambasting the media while also “begging for compliments” from them — is exactly what Trump hoped leading the country would be like for him.

“What you think is crazy, he thinks is successful,” said Todd.

Less than one day later, Trump was boastful and belligerent at a campaign rally for a House candidate in Pennsylvania. On Saturday night, the President once again bragged about his accomplishments, and attacked “low IQ” Democratic Congresswoman Maxine Waters of California. He also reiterated his belief that the press is releasing “fake news” and specifically took aim at Todd, calling him out by name and referring to him as “sleepy eyes Chuck Todd” and a “sleeping son of a bitch.”

Trump used that exact insult to describe NFL players like Colin Kaerpnick who decided to protest the national anthem by sitting or kneeling.

On Sunday morning, Todd only briefly addressed Trump’s insult of him, making a joke or two about his “sleepy” morning audience. However, the journalist did take the time to grill Treasury Secretary Steve Mnuchin about the president’s “vulgarities,” including his jab at Waters.

“Many people, including myself, raised their kids to respect the office of the presidency and the president of the United States,” Todd said to Mnuchin. “When he uses vulgarity to talk about individuals, what are they supposed to tell their kids?”

Mnunchin then attempted to change the subject to “what the president is doing to protect the United States,” but Todd refused to play along.

Mnunchin then reiterated that there were “a lot of funny moments at that rally,” to which Todd sarcastically responded, “Hilarious” before ending the interview.

Later on Sunday, Todd also stated that the media should, for its part, be extremely careful of getting its facts right and delivering quality journalism, given the criticism they received for covering the Iraq War during the previous two administrations.

“Our credibility is being challenged now by the president,” Todd told me. “And maybe it’s a tactic; maybe it’s the same-old, same-old. But one of their strongest arrows in their quiver is the media’s coverage of the Iraq War, and so we can’t afford to get a big story wrong basically twice in a decade—twice in, I guess, a generation.”

The collective press corps’ coverage of Vietnam and Watergate gave the media its credibility. If we blow this moment, it could be something that we’ll pay a price for [for] a generation.”

Last week, Todd took a night off to receive the First Amendment Award on behalf of “Meet the Press” from the Radio Television Digital News Association.