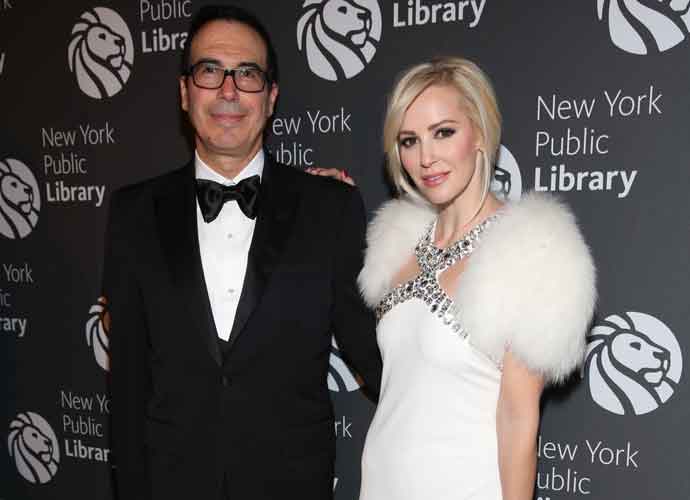 The Treasury Department confirmed on Wednesday that Treasury Secretary Steven Mnuchin did in fact request a government jet to fly him and his wife, actress Louise Linton, to Europe on their honeymoon.

Mnuchin and Linton traveled to Scotland, France, and Italy this past summer following their wedding in June. The government denied to the request after an “inquiry” by the Treasury Department’s Office of Inspector General. “We have multiple issues around the world where the secretary is directly involved in national security, notably North Korea, Iran, and Venezuela, among others,” said a spokesperson for Donald Trump‘s National Security Council. Mnuchin “has responsibility for the Office of Terrorism and Financial Intelligence… It is imperative that he have access to secure communications, and it is our practice to consider a wide range of options to ensure he has these capabilities during his travel, including the possible use of military aircraft.”

Such military planes can cost tens of thousands of dollars to operate per hour, and treasury generally fly commercial airlines, but will occasionally be allowed use of government planes for overseas trips.

Mnuchin was in hot water previously because it is suspected that he used a government aircraft to fly himself and his wife to Fort Knox in July. He claims it was for a business trip to discuss tax reform, but many believe it was really so that he and his wife would have a view of the total solar eclipse this summer. An investigator is looking into the scenario.

Mnuchin’s wife Linton stirred controversy herself when she posted a materialistic photo of herself and her husband deplaning from a government plane, and tagged multiple luxury clothing brands as well. She mocked a single mother who commented on where her tax dollars were going. Linton later apologized for the misstep.