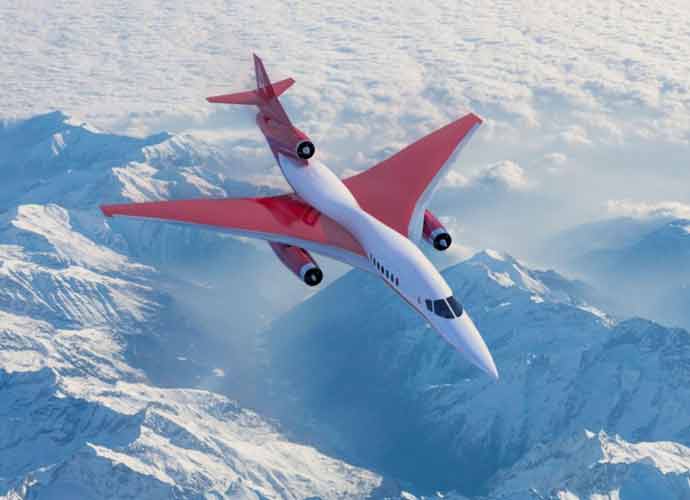 Aerion's New Supersonic Jet Will Fly From NYC To London In Less Than An Hour – With No Booms! (Image: Aerion)

Aerion announced on Monday that its new supersonic commercial jet, the AS3, will complete its first flight before the end of the decade, with the ability to fly up to 50 passengers for 7,000 miles at a speed comparable to Mach 4-plus.

In addition, Aerion has begun working on the smaller AS2 supersonic business jet, with production set to begin in 2023 at the company’s new 100-acre headquarters and production facility in Melbourne, Fla., which is still currently under construction. NetJets, the world’s largest fractional jet provider, has already pre-ordered 20 AS2’s.

The company, which has recently expanded its partnership with NASA’s Langley Research Center, stated that it aims to accelerate “the realization of commercial high-speed flight and faster point-to-point travel, specifically studying commercial flight in the Mach 3-5 range [2302 mph to 3836 mph].”

Vice noted that the company will be focused on sustainability in the future, using synthetic fuels and a process called air capture to decrease its carbon dioxide emissions. The CEO also said that Aerion has created “boom-less” technology. “If you’re sitting in your home, you’re not going to want to hear the rattle of a supersonic jet,” he said. “There are now passive shaping technologies, but we’re designing active technologies to mitigate the sonic boom. We have to be a responsible supersonic design company.”

Trump Claims That The Moon Is Part Of Mars, Baffling Everyone Everywhere