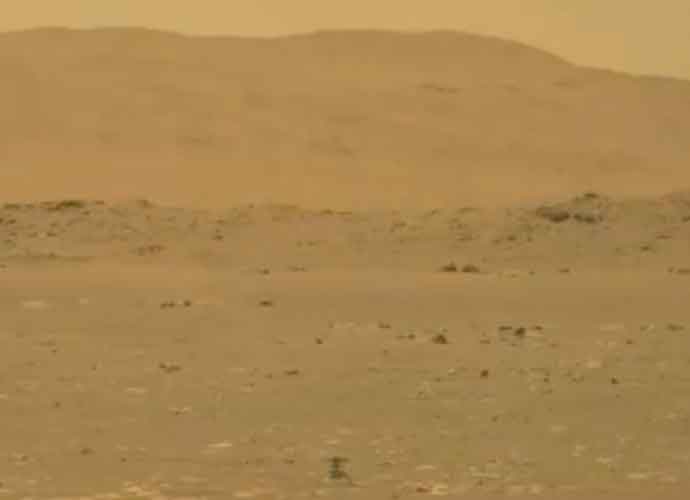 “Altimeter data confirms that Ingenuity has performed its first flight, the first flight of a powered aircraft on another planet,” said the helicopter’s chief pilot, Harvard Grip, amid cheers from the team that oversaw the flight.

The Ingenuity’s brief flight was possible due to coordinates transmitted by the Perseverance rover, which was more than 200 feet away. Because of signal delay, the team on Earth waited more than three hours to learn if the pre-programmed flight was a success.

“Each world gets only one first flight,” said project manager MiMi Aung, later calling the flight the “ultimate dream.”

Aung and their team aimed for a 40-second flight. The craft was successful in its target time, spin-up, takeoff, hover, descent and landing. The small craft held twin rotor blades spinning at 2,500 revolutions per minute. The rate is much faster than required on Earth due to Mars’ atmosphere being incredibly thin.

"I don't think I can ever stop watching it…" #MarsHelicopter project manager MiMi Aung talks about how Ingenuity flew just the way they had expected it to fly. See the hi-res video. pic.twitter.com/cBoCzSlpZB

Space Perspective Building A ‘Space Balloon’ Program For Tourists, Set To Take Off In 2024