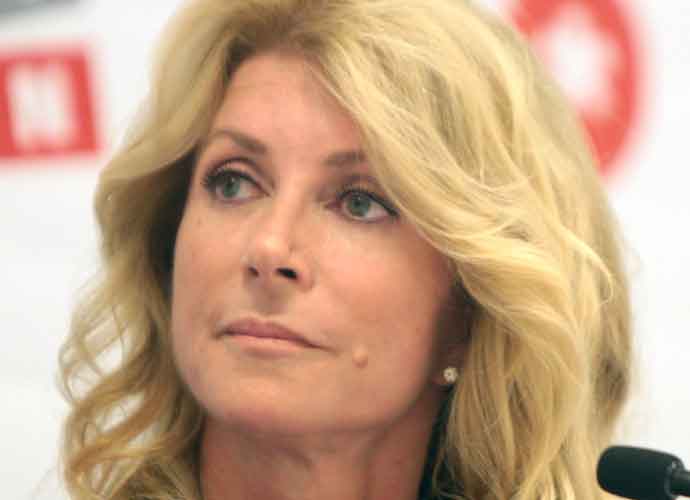 Wendy Davis, a former Texas State Senator who became famous for her 11-hour filibuster of an anti-abortion bill, will challenge Rep. Chip Roy (R-Texas) to represent the state’s 21st district in 2020.

In 2013 Davis stood on the floor of the Texas state Senate for 11 hours in pink running shoes, talking continuously for almost half of an entire day. Under filibuster laws, Davis was unable to eat, drink, sit, use the bathroom, or even lean against her desk for the entirety of her speech, all of which had to be related to the bill at hand. After talking for 11 hours, Davis was eventually ruled out of order by the Republican presiding over the chamber after she received her third strike for breaking one of the rules regarding filibusters. For two hours after her address, the Democrats used other tactics to waste two more hours and prevent the anti-abortion bill from being passed before the midnight end of the session.

Davis’ filibuster catapulted her into the spotlight, giving her enough fame to run for Texas governor in 2014. Even after raising millions of dollars for her campaign, Davis still lost to the incumbent by over 20 percentage points.

On Monday, Davis announced that she would be running for the House of Representatives in 2020 against Roy, a freshman congressman who won his district by a mere three points in 2018. “I’m running for Congress because people’s voices are still being silenced,” Davis said in a video she posted on Twitter. “Even in losing, we help shape the future.”

I’m proud to announce my campaign for Congress in TX-21!

I’m running to be a voice for every Texan who feels forgotten by a broken political system. Time to make DC listen – will you stand with me? ✊ >> https://t.co/JD1wMnMvPe pic.twitter.com/Btlq6zI5tv

Davis may stand a fair chance of beating Roy in the upcoming election cycle. The 21st district contains part of Austin and San Antonio, both major cities that vote blue. Additionally, Roy has spent the past year making himself very unpopular. The representative was the only House lawmaker who voted against a disaster relief bill that would provide aid to those harmed by natural crises such as wildfires and hurricanes, forcing the House to hold a drawn-out roll call vote instead of passing the bill unanimously.