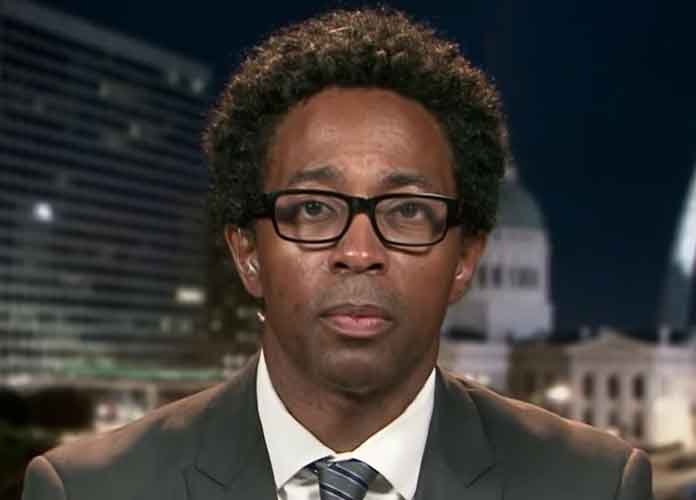 In an exclusive interview with uPolitics.com, Bell — a University of Missouri Law School graduate — explained his platform and the state of St. Louis County’s laws and politics. He described what was going through his mind when he was a city councilman in Ferguson, Missouri during the November 2014 riots that followed a grand jury’s decision to not indict Darren Wilson, a police officer who had fatally shot and killed black teenager Michael Brown three months prior. In August, 43-year-old Bell defeated incumbent prosecutor Robert McCulloch by more than 13 points in a Democratic primary for prosecutor in St. Louis County. His victory was huge, as McCulloch had served in the role for 27 years, or seven terms.

“It was a culmination of things that led to me actually running [for prosecutor],” said Bell. “One was being a city councilman in Ferguson during the unrest and realizing what the needs were. What we saw is a deficit of trust with respect to members of the community and governmental entities, including law enforcement but also city government. I knew one of the things we needed was leadership to help bridge that gap, to bring people together. We need people who can mediate.”

The shooting of Brown led to both local and national outrage and eventually sparked what became known as the “Black Lives Matter” movement, whose main goals include holding law enforcement members accountable for incidents of shooting unarmed African-Americans. The U.S. criminal justice system has come under fire in recent years following revelations of large profits amassed by prisons and the disproportionately high incarceration rates of black Americans compared to their white counterparts.

He continued by insisting more care must be given with regards to the type of people who are incarcerated, and said non-violent offenders who are thrown in prison for minor offenses like drug use should be treated for their addiction, just as people with mental health disorders should be provided help for their own afflictions.

“Instead of trying to prosecute our way out addiction, we need to start treating addiction,” Bell said.

Bell added that he believes cases of arrests and convictions for marijuana possession — one of the main offenses that disproportionately affects minorities over white Americans — should also be handled differently.

“I don’t think that anyone should see the inside of a jail for small amounts of marijuana,” he revealed before reiterating that the “root” of that issue must be dealt with as well.

Bell admitted that shortly after graduating law school, he considered becoming a judge, “like many young attorneys.” However, he ultimately realized prosecutors can have much greater impact on criminal cases than judges. Bell noted that most of these types of cases have already been decided by the time they get to the judge because a plea deal has been worked out.

Bell said his negative experiences with police as a young man, coupled with the Justice Department’s report about what transpired in Ferguson in 2014, helped him realized that the longstanding, systemic issues in the U.S. criminal justice system need to be solved as quickly as possible.

“I grew up a young African-American male in North St. Louis County,” he said. “I have been pulled over, had my car searched and for no reason. I wasn’t into anything. I thought it was normal but by the time I got to law school I realized, ‘hey, that wasn’t right. They weren’t supposed to do that.'”

Bell stressed that Brown’s death should not be in vain, and that it must be used as a chance “to create real, sustainable change,” particularly with regards to recidivism, or the tendency of a convicted criminal to become a repeat offender.

“Mass incarceration leads to mass re-entry,” he said. “When we look at the recidivism rates, about 75 percent of people — in other words three out of four people — who come into our criminal justice system are re-offending, that tells us things we need to know to start addressing the problem.”

Bell added that providing criminals with things like job skills and housing can help reduce the likelihood of them becoming repeat offenders.