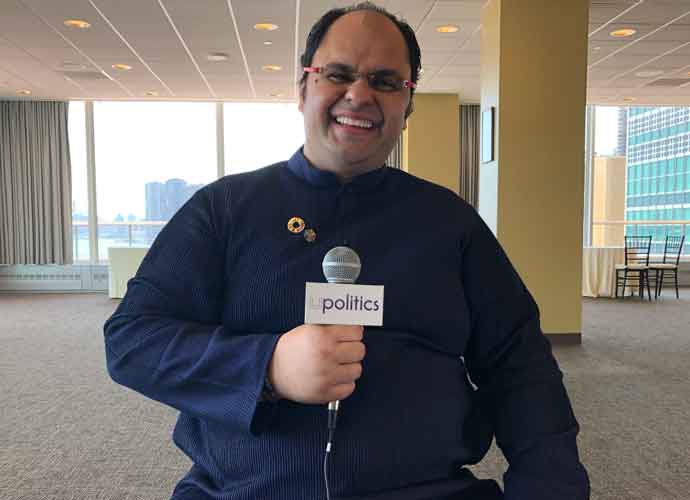 The NOVUS Summit held at the United Nations aims to promote the UN’s sustainable development goals for the world to achieve by 2030.

The goals include eliminating poverty and world hunger, improving global education, providing clean water and developing new forms of energy. This year’s summit — which features noted speakers and award recipients, among others — was held in New York City on July 20. The summit’s founder, Kunal Sood, spoke to uPolitics exclusively about the meeting’s goals and more.

“I’m very fascinated by two parts of this program,” said Sood. “I’m more connected to the idea of Earth as an ultimate moonshot, saving the earth, protecting it, nurturing it and bringing it back to center.”

Sood added the NOVUS Summit strives to help make “the impossible possible,” and cited the 1969 moon landing — which celebrated its 50th anniversary on the day of the summit — as an example.

“Climate change, hunger, poverty: these are all just goals,” he added. “For me, the idea of framing them as a moonshot is more important. When you look at something as a moonshot, you make it more than a goal. You make it a calling, and I feel that’s what we need here and now.”

As for the progress we as Earth’s inhabitants have made toward achieving the summit’s goals by 2030, Sood said he believes we’re “bleeding.”

“It’s truly alarming to me that we haven’t heeded the science of truth,” said Sood. “If we can come together as an extraordinary group of citizens of the world and unite in action and really make the impossible possible by doing the things we believe in — not just optics but outcomes — [we can each become] a solution driver and not just a problem solver.”

Sood went on to say he believes women made a great impact at this year’s summit and that they should continue to form a major aspect of it.

“For me, a new Knights’ table exists when we change the ratio from 50:50 to 80:20 and maybe even beyond, allow women to lead for the next 50 years and see what happens,” he said.

“Around politics, I think the most charged thing is to really start to support women from a place of dignity, respect and belief that it can be done.”