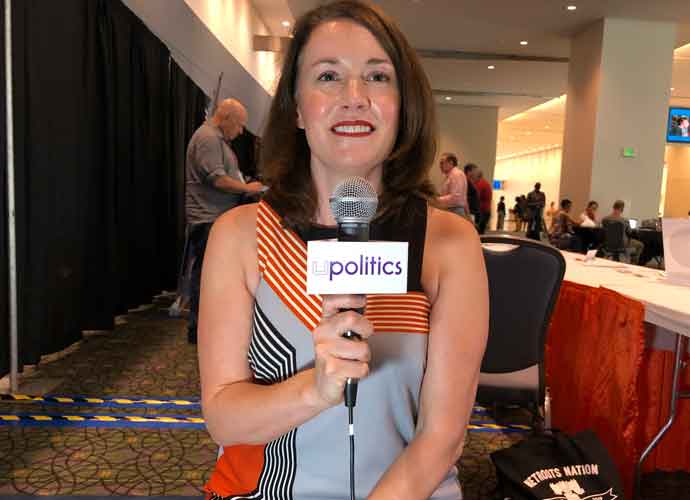 Abortion and contraception have been under attack by right wing gorups in multiple states across the nation in recent years, and organizations like Equity Forward have strived to combat individuals and groups who oppose safeguarding these Constitutional rights.

Equity Forward is an opposition research watchdog comprised of lawyers, researchers and other communications workers who fight to make sure that accurate information about abortion and reproductive rights is disseminated and that politicians, lobbyists and other groups who spread misinformation about these issues are held accountable in the era of President Donald Trump.

Supreme Court Justice Brett Kavanaugh, who was confirmed by the Senate in October 2018, has pushed his anti-choice agenda since joining the high court.

“Equity Forward started with our goal of looking at the Trump administration and appointees at the U.S. Department of Health and Human Services who were going after reproductive healthcare,” Carter explained. “So HHS, our nation’s health department, [is] really responsible for a lot of reproductive health programs: everything from the [Affordable Care Act] to Medicaid to our low-income birth control program, which is known as Title X.”

She continued: “What we found is over 50 appointees who had horrible backgrounds when it came to anti-abortion and anti-reproductive healthcare and anti-LGBTQ issues.”

Carter revealed that Equity Forward has discovered many HHS employees had absolutely “no background” in reproductive rights, medical science or any of the other areas and issues they were overseeing.

“[It was] similar to what we’d seen at other agencies: you have oil and gas folks overseeing the environment, really the fox guarding the henhouse, as they like to say,” she said. “So what they’ve done is gone in and systemically dismantled programs that have been really the backbone of reproductive healthcare in this country.”

Carter noted the example of the Title X low-income birth control program, which was launched nearly 50 years ago by former president Richard Nixon as part of the Public Health Service Act. Carter explained the Trump administration is the first one to ever undermine this program by not only excluding many clinics from participating in it but by gradually halting the practice of providing birth control overall.

Carter added that people can go to the website hhswatch.org to see the names of 50 people, including Health Secretary Alex Azar, who have pushed anti-aboriton policies and measures and whom Equity Forward is monitoring and combatting.

“One of my favorites is probably Diane Foley. She is [the Deputy Assistant Secretary] of the Office of Population Affairs, which is the birth control program,” said Carter. “Her background is with anti-abortion centers, fake clinics, anti-sex-ed programs.”

Carter revealed that Foley has publicly stated that sex education classes in schools should be reformed by excluding the practice of putting condoms on bananas because she considers this to be a form of sexual harassment that can developmentally harm children.

“As a matter of fact, what [Foley] would like us to do for sex ed, she’s been quoted as saying is, ‘You know the smashed up car they put outside the high school to tell you not to drink and drive?’ She thinks we should teach sex ed that way,” said Carter. “Scare the heck out of people so they won’t have sex.”