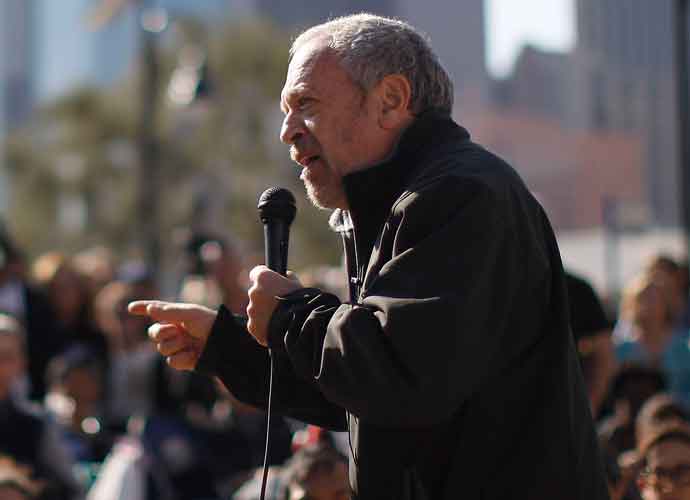 LOS ANGELES, CA - NOVEMBER 5: Former U.S. Secretary of Labor Robert Reich speaks to Occupy Los Angeles protesters after the Move Your Money March through the downtown financial district during what is being called Bank Transfer Day, on November 5, 2011 in Los Angeles, California. Occupy movement members are calling for people to move their money from banks to credit unions today in support of the 99% movement. (Photo by David McNew/Getty Images)

Jacob Kornbluth, the co-director of Netflix’s new original documentary Saving Capitalism, describes how income inequality could hurt our entire democracy. Saving Capitalism is based on a book by economist Robert Reich, and the pair made another film together previously Inequality for All, which explores this topic.

“This for me is central to how I see the world and central to my big concerns about these con issues,” he added. “You see it’s bigger than just an economic chart, it’s bigger than a graph on a spreadsheet. It’s real people’s lives feeling really confused, and this affects everything about the system we live in economically and politically.”