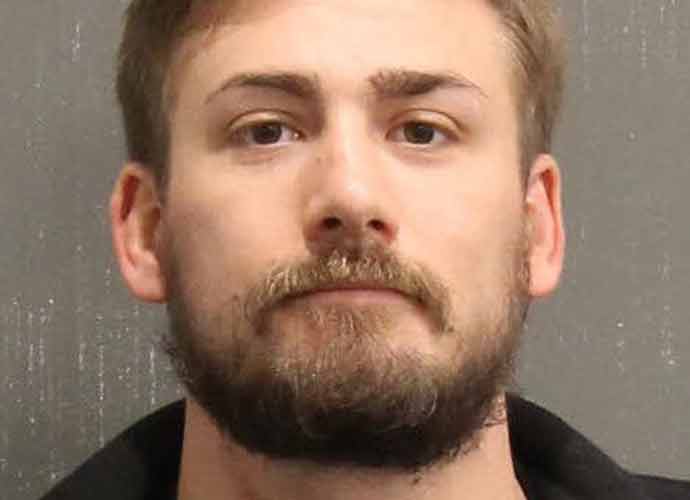 A photo now seen by millions shows a person in military fatigues on the Senate floor with several zip tie restraints on his belt during the riots that shook the Capitol building. That man now joins more than 60 others who have been arrested for their actions on Jan. 6.

Eric Gavelek Munchel was arrested in Tennessee and confirmed by the U.S. Attorney’s Office to be the armored man carrying plastic restraints in the Capitol building on January 6.

Munchel’s arrest comes after the FBI’s public release of his photo asking for information leading to his identification. He was identified in just days.

The Nashville man was arrested on Sunday without bail and is being held in a Tennessee jail awaiting trial. Federal prosecutors charge Munschel with knowingly entering or remaining in a restricted building or grounds without lawful authority and violent entry and disorderly conduct on Capitol grounds

On Monday, Munchel’s mother, Lisa Marie Eisenhart, was also arrested in Nashville on charges similar to her son’s. WSB-TV 2 Atlanta reports that Eisenhart showed her ID when checking into a D.C. hotel the night before the riots. This eventually led to her arrest in Nashville.

Video footage shows the mother and son duo joining the mob that stormed the Capitol building, and in close proximity to a Capitol Police officer being attacked by the mob. Later footage shows the two inside the Senate chambers.

Court documents read, “as the Congress was engaged in the official business of certifying the electoral college vote, Eisenhart and Munchel knowingly and willfully joined a mob of individuals to forcibly enter the U.S. Capitol with the intent to cause a civil disturbance designed to impede, disrupt, and disturb the orderly conduct of business by the United States House of Representatives and the United States Senate.”