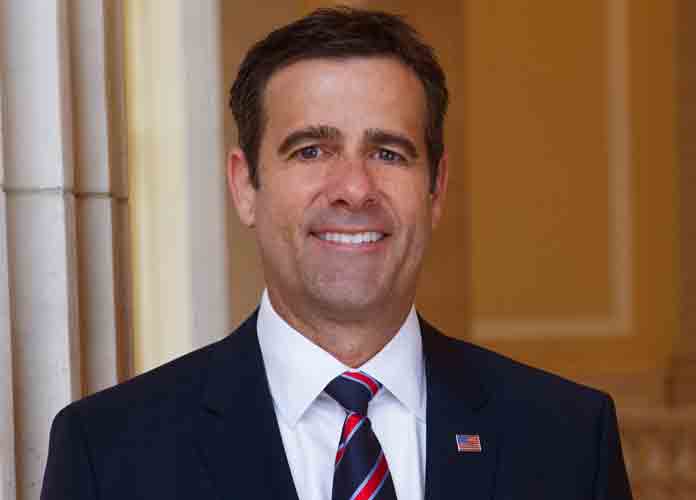 On Sunday, President Donald Trump announced he would name Rep. John Ratcliffe (R-Texas) as the new national intelligence director to replace Dan Coats, who will resign from his position on August 15.

Ratcliffe, 53, is a former U.S. Attorney in Texas who has been serving as a congressman for the state’s fourth district since 2015. He is widely seen as a Trump loyalist who reportedly shares the president’s view that the Russians coordinated and conspired with Hillary Clinton‘s campaign during the 2016 election and not with Trump’s. This will likely have a major influence on Ratcliffe’s decision making as the leader of the world’s largest intelligence network who will brief the president on global information-gathering operations and potential security threats.

….be leaving office on August 15th. I would like to thank Dan for his great service to our Country. The Acting Director will be named shortly.

“John will lead and inspire greatness for the Country he loves,” Trump wrote about Ratcliffe.

Unlike Ratcliffe, Coats — a longtime major figure in the Republican Party — stood by his assessment that Russia meddled in the 2016 election to help Trump.

Ratcliffe reportedly met with Trump at the White House earlier this month to talk about potentially replacing Coats as intelligence chief.

Ratcliffe frequently blasted former Special Counsel Robert Mueller for his role in investigating Trump and his associates’ ties to Russia. Just last week, the Texas Republican claimed the special counsel — who testified before two House committees — did not play any role in the drafting of his 448-page report on Russian meddling in 2016, instead accusing Clinton and her legal team of being heavily involved in the report’s redaction.

“The Mueller report and its conclusions weren’t from Robert Mueller,” Ratcliffe said. “They were written by what a lot of people believe was Hillary Clinton’s de facto legal team, people that had supported her, even represented some of her aides.”

Ratcliffe, who worked as a federal prosecutor under George W. Bush, also said Mueller should not have exonerated Trump of obstruction of justice and appeared to suggest the special counsel had accused the president of a crime Ratcliffe believes Trump did not commit.

“I agree with the chairman this morning when he said Donald Trump is not above the law,” Mr. Ratcliffe said. “He’s not. But he damn sure shouldn’t be below the law.”

“It was not the special counsel’s job to conclusively determine Donald Trump’s innocence or to exonerate him,” he added.

Sens. Chuck Schumer (D-New York) and Elizabeth Warren were among the prominent Democrats to blast Trump’s decision to name Ratcliffe as Coats’ replacement.

It’s clear Rep. Ratcliffe was selected because he exhibited blind loyalty to @realDonaldTrump with his demagogic questioning of Mueller.

If Senate Republicans elevate such a partisan player to a position requiring intelligence expertise & non-partisanship, it’d be a big mistake. https://t.co/2uYP8vD39o

“From day one, Trump has made his disdain for the intelligence community clear,” Warren tweeted. “Our Director of National Intelligence should be above partisan politics, speak truth to power, and resist Trump’s abuses of authority. John Ratcliffe doesn’t fit that bill.”