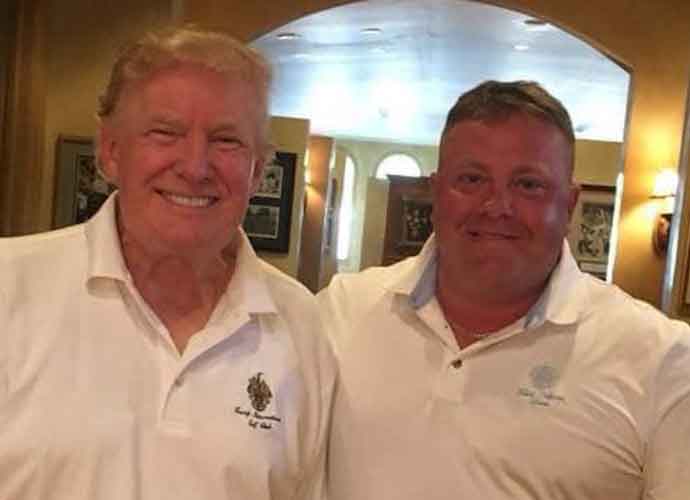 Robert Hyde may not be a household name, but he was thrown into the impeachment proceedings against President Donald Trump after encrypted messages obtained by the House revealed he had been secretly tracking Marie Yovanovitch, the ousted U.S. ambassador to Ukraine.

Hyde is a little known Republican candidate for Congress in Connecticut and apparent associate of Lev Parnas, who has admitted taking part in the Ukraine pressure campaign.

The messages were included in a cache of documents that Parnas, who is facing federal campaign finance charges in New York, provided to lawmakers as evidence in their impeachment inquiry. The materials were recently returned to him after being seized by the FBI.

Parnas said in an interview on Wednesday that he did not participate in any of Hyde’s activities.

“They are moving her tomorrow,” Hyde wrote to Parnas on March 25. “The guys over there asked me what I would like to do and what is in it for them.”

Hyde claimed he was “joking around” with the “colorful texts” on Wednesday during an interview with Eric Bolling.

“I was never a close associate of Lev Parnas,” Hyde told Bolling. “Did I like his character, and did we have a lot of laughs and joke a little bit? Of course.”

He denied the allegations again in a video posted on Twitter by Chris Keating of the Hartford Courant, claiming he is just “a landscaper from Simsbury” and has no Ukrainian contacts.

“Are you kidding? Like I have anybody over in the Ukraine — are you serious? I’m a landscaper from Simsbury, Connecticut that’s trying to get into the government relations, public relations world — lobbying world, whatever you want to call it,” Hyde said the video.

EXCLUSIVE interview by @chrispkeating with Connecticut landscaper Robert Hyde, denying any involvement with surveillance of American ambassador to Ukraine pic.twitter.com/Vjxo32ttvk

On March 23, after accusing Yovanovitch of being disloyal to Trump, Hyde texted: “She under heavy protection outside Kiev.”

Two days later, he texted: “She’s talked to three people. Her phone is off. Computer is off.”

“They know she’s a political puppet,” he wrote hours later about his contacts in Ukraine. “They will let me know when she’s on the move.”

Hyde then tried to offer Yovanovitch’s destination in exchange for money.

“They are willing to help if we/you would like a price … Guess you can do anything in Ukraine with money … what I was told,” Hyde wrote.

Parnas’s only response was “Lol.”

The documents released by the House also showed an unnamed Belgian phone number sharing information about Yovanovitch’s whereabouts with Hyde, who passed the information along to Parnas.

The State Department has said they will investigate potential illegal surveillance of Yovanovitch, but Secretary of State Mike Pompeo is dubious anything will come out of it.

“We will do everything we need to do to evaluate whether there was something that took place there. I suspect that much of what’s been reported will ultimately prove wrong,” Pompeo told Sinclair Broadcast Group on Friday.