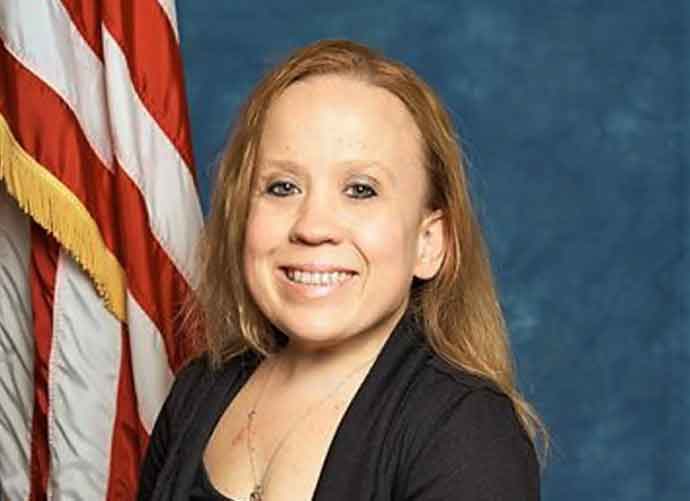 Tricia Newbold, the White House whistleblower who informed Congress that the Trump Administration granted security clearances to at least 25 people whose applications had “disqualifying issues” that could potentially endanger national security, was repeatedly humiliated up her White House superiors.

Speaking to NBC News, Newbold, who has worked in the government for 18 years, also shared how her supervisor humiliated her upon hearing her complaints. Newbold was born with a variety of dwarfism, and her boss, Carl Kline, moved files to a shelf beyond her reach after she aired her concerns. She filed a complaint in October with the Equal Employment Opportunity Commission over Kline’s act, mentioning in her interview with NBC that he has done this on three occasions. Newbold was suspended without pay for two weeks afterwards.

“It was definitely humiliating,” Newbold said to NBC. “But it didn’t stop me from doing what was right. The protection of national security is not a Democratic issue or a Republican issue, it’s an American issue. And we as security professionals owe it to make all our recommendations in the best interest of national security.”

Newbold still works within the Executive Office of the President, a job she speaks highly of. Nevertheless, she is concerned she will face retaliation for her actions, saying, “Absolutely, given the past retaliation, I’m always concerned, but it’s important that we stand up to do the right thing no matter what.”

House Oversight Committee Chairman Elijah Cummings (D-Md.) spoke with Newbold secretly in March, and published a letter on Monday that discussed her allegations. Kline was also the person who approved Jared Kushner‘s top secret clearance despite the objections of two security specialists. Cummings is investing the matter and subpoenaed Kline on Tuesday.

Kline has left his White House job for one in the Pentagon. However, speaking through his attorney Robert Driscoll, Kline intends to cooperate with the investigation. “The subpoena issued today does not change Mr. Kline’s willingness to appear before the committee to answer its legitimate questions truthfully,” Driscoll said in a statement. “The facts will prove that he acted appropriately at all times.”